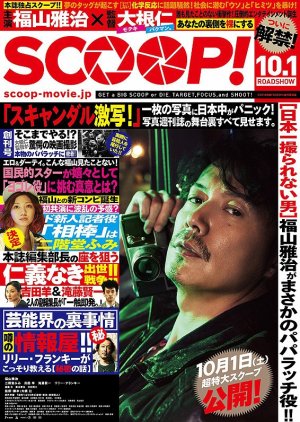 Shizuoka Miyakonojo is a middle-aged paparazzi photographer. His skill as a cameraman is good, but he gambles and is in debt. When he worked in the editorial department for weekly picture magazine 'Scoop!,' he landed numerous scoops. He now works as a freelance photographer and chases after celebrity scandals together with Nobi Namekawa, a rookie reporter for 'Scoop!'. Edit Translation 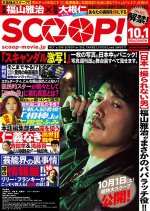 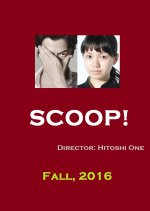 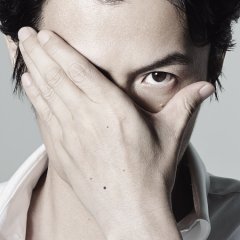 Completed
Senpai
0 people found this review helpful
Other reviews by this user
0
May 11, 2017
Completed 0
Overall 7.0
Story 7.0
Acting/Cast 7.0
Music 7.0
Rewatch Value 6.0
Film side A and side B.
The premise is of a "slice of life", we have there, Shizuka a middle-aged photographer, engaged in investigative journalism, but now reduced to a paparazzo, chase celebrities and steal their images to sell to a tabloid! Lonely lover of nightlife, one day he was designated as a new partner, a common recruit, the young Nobi. After a difficult start, arguments and misunderstandings between the two begin slowly to get along and become a pair very well accompanied. Things have started to change, however, when the whole magazine decides to follow a crime case ... (side A and side B)
The film is the standard type of Japanese entertainment, the type of film that was broadcast in the Afternoon Session, at least it represents some kind of normality for contemporary Japanese cinema, in the only one more film in the average.

New Topic
Be the first to create a discussion for Scoop!