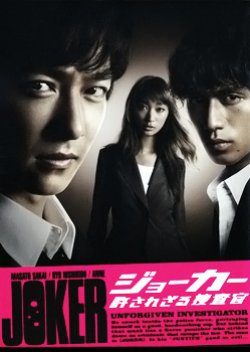 Date Kazuyoshi (Sakai) is a detective on the Kanagawa prefectural police force. During the day, he is known as a "Buddha" for his gentle personality, pouring all of his energy into resolving each case. At night, however, he transforms into a cruel punisher as his gentleness gives way to his anger towards the criminals. The series poses questions about what justice and evil truly are. --Tokyograph Edit Translation 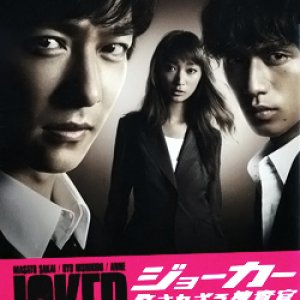 Completed
Regan12
16 people found this review helpful
Other reviews by this user
0
Aug 19, 2011
10 of 10 episodes seen
Completed 0
Overall 8.0
Story 9.0
Acting/Cast 9.0
Music 7.0
Rewatch Value 7.0
Still going through my N. Ryo phase so naturally I came across Joker. And all through the show the word Amazing seemed to fit just right. The storyline, the flow...the characters...the detectives...the mourning relatives...the actual BRUTALITY of the crime...It was all very well done.

Right off the bat I was enticed by the disclaimer,

"This drama is fictional. All resemblances to actual people, places or events are purely coincidental. Or you may choose to take this as purely a made up story or try to grasp an understanding of the darkness these days."

A simple but perfect set up for how brutal each episode is, not just the individual crimes but the overlaying story. Most drama's make a scene just brutal in its initial appearance. In Joker, where the first look at the murder victims might not be all that horrible, as they are carefully investigated you develop a deeper conviction that what they get - even though its not legal - is what they deserve. (Sort of brings out the worst in all of us, maybe.)

The cast is amazing. There's humor that fits in well with each characters lives, there's drama, and realistically dark content. If your not a seasoned murder detective drama watcher, you might get a little queasy. So be careful.

Finally I would like to make a point to say that, where this drama isn't unpredictable it does a great job at making you want to contradict your initial theories. Towards the end you will know what's coming BUT you will constantly try to talk yourself out of it.

So..."You want murder, destruction and revenge all tied in with remarkable characters and the barest traces of humor? Well, by golly, you've found your drama.. "

Completed
aros
11 people found this review helpful
Other reviews by this user
0
Apr 13, 2013
10 of 10 episodes seen
Completed 0
Overall 10
Story 10
Acting/Cast 10
Music 7.0
Rewatch Value 8.0
Joker is-- hands down-- one of the best Dramas that I have ever seen. Now, there are a lot of good Dramas out there from all sorts of places. Some are funny, others are filled with romance, some are eerie, others are focused on more serious aspects, etc. But Joker is probably the purest form of realism that you will ever find.

If I had to describe it with only a few words, I'd probably call it a Japanese version of Dexter. Yet at the same time, Joker manages to be something entirely different. If you're like me, then the whole 'law doesn't always prevail' storyline is like a rare jewel. There are other Dramas that touch upon the flaws in the law, as well as people taking the law into their own hands, but I don't think they do it as well as Joker does. It doesn't try to sugarcoat things, make excuses for the criminals or have some main character ranting about how "bad" killing criminals is. No; you are given the story of the characters, the criminals and the victims, and then you see justice served. No dancing around the subject, no pseudo-morality, just cold, hard justice. Joker doesn't hold back when it comes to showing you some of the worst sides of life and humanity in general, especially in regards to just how many people actually get away with what injustices that they do every single day.

Aside from the story itself, the acting is what really draws you in. The acting in this was absolutely flawless. I have seen some good Dramas in my time, but this.. wow, just wow. It's truly emotional and the characters just suck you right in with them. You feel for the victims of the crimes and you cheer when the criminal is finally given what they deserve. It's like watching it all unfold in real life; you can barely tell that they're just acting.

The music is also nice, and this is definitely the kind of Drama that I'd recommend to everyone and anyone. It doesn't matter what kind of Dramas you like, what kind of person you are, or whether you agree with this sort of thing or not. Joker is an utterly brilliant Drama and one of the very few of it's kind. I'd easily say that it was one of the top 5 Dramas out there. If you don't watch this, then you're seriously missing out.