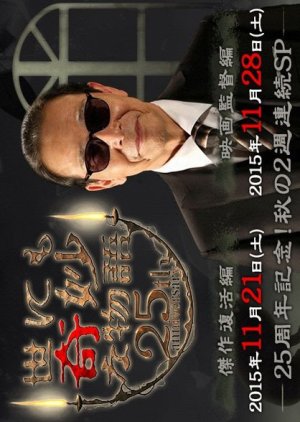 ***Kinou Kouen Nakajima Miwa (Arimura Kasumi) has gone on to a Tokyo university and grown apart from her close friend from childhood Machida Takako (Fukuda Mayuko). Miwa meets Takako again for the first time in a long while in their hometown and is shocked to hear that Takako died in an accident that night. With feelings that are too much to bear, she stops by the park and sees Takako playing the flute like yesterday. Miwa runs around trying to save Takako from her fate, but... ***Imakiyo-san Takada Kazuo (Nomura Shuhei) has been dumped by his girlfriend and is not having any luck in his job hunt. One day, an unfamiliar old man (Sakai Toshiya) in a black hood appears in his room. This strange man called Imakiyo-san seems to be a household deity that haunts lonely people. Takada is told that as long as he observes certain rules, he will give him happiness. But Takada unintentionally breaks the rules. So Imakiyo-san transforms him... ***High Noon A man (Wada Akiko) visits a diner in the outskirts at noon. Although no one takes notice of the quiet customer, he gradually starts to draw the attention of the people around him when he orders one meal after another. If they think he has finished eating, he would ask for the next dish. People from the streets gather to see the man do nothing but eat up. And then some miracle happens... ***Zundokoberoncho Mikami Shuji (Fujiko Naohito) is the darling of the IT industry and a learned man with the philosophy that “information is life”. He proudly believes that he knows everything in this world. That is what he had believed. But one day, he notices people around him using “zundokoberoncho”, a word he has never heard of. Unable to ask anyone because of his pride, Mikami gets serious about discovering its meaning. ***Omoide o Uru Otoko Furukawa Mitsuhiro (Kinashi Noritake) has lost his job and is in debt. His wife (Nishida Naomi) and daughter (Tanaka Chihiro) have given up on him and he is lonely living on his own. Reminder letters and debt collectors are all that he receives. One day, Furukawa loses his way escaping from a debt collection. In front of him is a queer research institute. Drawn inside by the words “Buy your life for a high price”, Furukawa is presented with a deal to be paid for selling his own memories... (Souce: jdramas.wordpress) Edit Translation 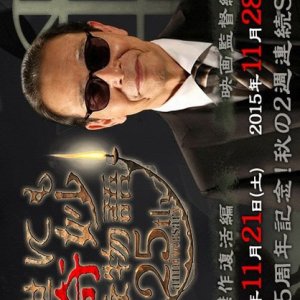 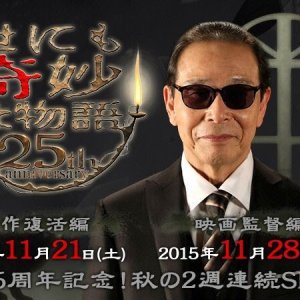 New Topic
Be the first to create a discussion for Yo nimo Kimyou na Monogatari: 2015 Fall Special - Masterpiece Revival