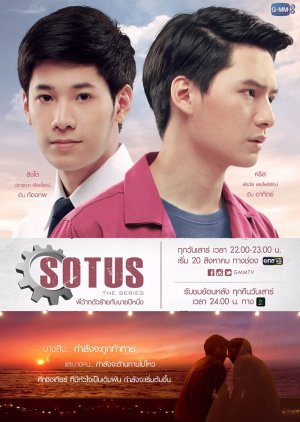 The "Gear" is one of the engineering mechanical devices in the cogwheel system (as in a clock). Having one signifies that one is a student of the Faculty of Engineering. However, to get one, all engineering freshmen must first undergo the SOTUS (acronym for Seniority, Order, Tradition, Unity, and Spirit) system. Arthit, one of the third year seniors, often abuses his power over the freshmen by making them do things against the rules. Freshmen students are practically powerless to complain or resist any orders given by their seniors. Arthit was seemingly unstoppable until Kongpob stood up against the abuses by the former. Continual encounters between the two developed from animosity to something much more affectionate. ~~ Adapted from the novel by BitterSweet. Edit Translation 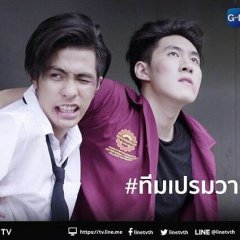 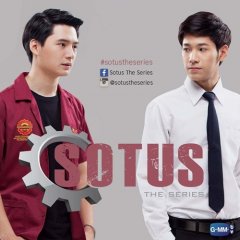 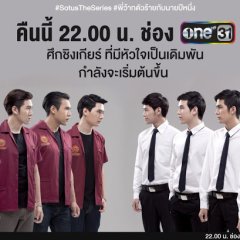 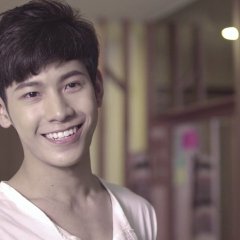 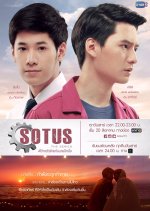 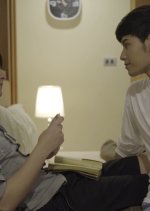 Completed
Silver_Sylphy
87 people found this review helpful
Other reviews by this user
13
Dec 27, 2016
15 of 15 episodes seen
Completed 13
Overall 10
Story 10
Acting/Cast 10
Music 10
Rewatch Value 10
This review may contain spoilers
At first I was not expecting to enjoy this from the couples perspective, but more from the university/ hazing angle. I mean another BL (when I did realise it was BL). Nothing wrong with a good BL story, but it's getting kinda long in the tooth.

That being said, I did not read any spoilers before (hence not knowing it was BL). The upbeat music score (Soh Sut Soh Say performed by Keng Thachaya) was just so powerful it had to be attached to something, at lease, exciting. Boy was I in for a surprise!

The actual hazing was a bit far fetched for reality, but added to the premise and story quite well. The SOTUS acronym was really fully thought out. (Could someone Thai say if it is real?) Not starting as the typical love story was, again, another plus. Trying to cipher out where it was going was like being a detective. Would it be more about the hazing and the relationships formed because of a fear of the seniors? Would it force the juniors into relationships? The development of the characters was not predictable at all.

The magnificent performance of N' Krist (Sangpotirat Perawat) and the facial expressions of N' Sinto (Ruangroj Prachaya) really added to tension and emotion. Not in any way putting down the pool of amazing Thai actors, and having watched quite a few Thai Dramas, I don't think anyone else was more worthy to play those parts. These two played well of each other and even the rest of the cast, bringing a feeling of realness to the episodes.

The ending. Wow. It is just the perfect circles of circles. Karma, faith and such. Everything just falling together for a reason!

The only one critique I could find was the secondary characters could get a little more development. They do take a backseat to the main. By backseat I mean all the way in the back of an articulated bus! A little more time about them would have been just perfect! This, in no way, takes away from the realness or storytelling. It's just a very, very tiny gripe.

All in all a worthy story, impeccable acting and amazing music score. Well worth the watch! Has to be the best for it's year and possibly one of the best Thai Dramas of all times! Hormones set a bar, but SOTUS has raised it!

Completed
Liz
41 people found this review helpful
Other reviews by this user
0
Jan 10, 2017
15 of 15 episodes seen
Completed 0
Overall 10
Story 10
Acting/Cast 10
Music 10
Rewatch Value 10
(Sorry for my english)
It's incredibly rare for me to give 10 to something because I think that's the vote reserved to just masterpieces and nothing else but that's exactly what is Sotus for me: a masterpiece and the most beautiful and perfect love story I've ever seen.
I love every aspect of this drama, the actors are great (especially the two leads who seem really in love, I was blown away by their performance, they deliver all the feelings in an incredible realistic way) the characters are all likeable and adorable, the music is beautiful and perfect in every scene, the love story is finally a realistic one (I was so tired of the love at first sight of movies and drama..) that keep me in tension since the very beginning ... I have no complain at all and I have to say that I hope that there won't be a second season, I'm too afraid that if there is the magic will be ruined by the same old cliches ..
I must, howewer, admit that not all in this series is perfect, there are some incredible bad mistakes like bracelets that change to one arm to the other and many things like this that could have been avoided with more attention.. the sound also is somethimes really bad but I know that is a problem of all the Thai series.
These two problems anyway for me don't ruin at all the magic that I feel in this serie that I must say it became my favourite serie of all time... yes, I'm madly in love with Sotus XD 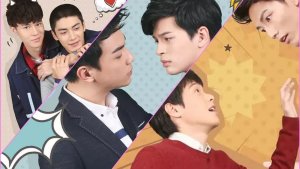