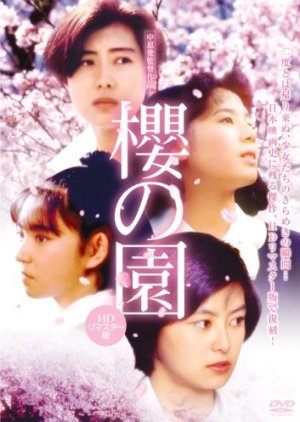 At an all girl school, a group of girls annually stages a play. This year they pick Anton Chekhov's "The Cherry Orchard." After vigorous rehearsals, the play faces cancellation because one student gets caught smoking after school. Edit Translation 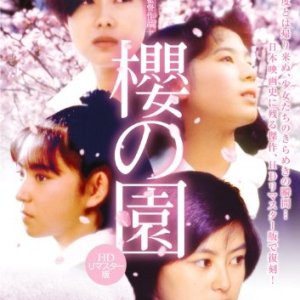 Completed
Senpai
2 people found this review helpful
Other reviews by this user
0
May 31, 2017
Completed 0
Overall 7.5
Story 8.0
Acting/Cast 8.5
Music 7.5
Rewatch Value 6.5
The story, based on a comic by Akimi Yoshida, involves a group of girls from a strict girls' school, where every year to celebrate their birthday, students with the help of their teachers, stage a play. This year they decided on "The Cherry Garden" by Anton Chekhov (I recommend it is very good!) And after vigorous rehearsing the play is in danger of cancellation due to a student. The film itself strongly reflects a stage as a large classroom with more than 30 female students serves as a theatrical podium for girls who are the center of attention on and off the stage.
For a movie that deals with a one-day story in their lives, it seemed that the director was not looking for timing, the voyeuristic approach of filming in this movie leaves much to be desired.
The young actresses did not have to dig deep to intensify their dialogue because the story was consistent with flowing over the same stream of minimalist events, never diverting, nor seeking for stronger dramatic consequences. Obviously there was a vanguard of certain characters, from the day's talk about a colleague named Yuko.
The highlight is on account of a scene where two students in early 20th century dresses, taking pictures together is probably one of the most beautiful scenes without sensual appeal shared by two women onscreen without the unnecessary glorifications.
The transformation of these characters approaching the play at the end of the film, in full composition, was truly applaudable. The last 15 minutes gave life to the otherwise mundane and low-paced film. The end was not climatic as expected and many aspects were left untouched. After all, these characters were too real and unpretentious to leave us totally satisfied in a story that dragged them for only a day, and perhaps, just like the cherry orchards, their flowers had not yet bloomed. In the end, although it does not cause a great impact, deserves some admiration for it, I recommend