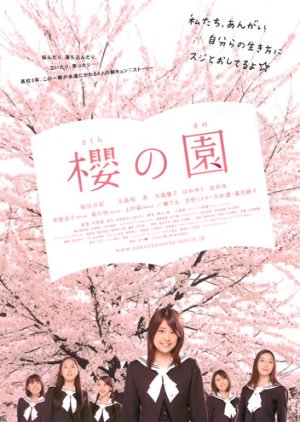 At an all girl school, a group of girls annually stages a play. This year they pick Anton Chekhov's "The Cherry Orchard." After vigorous rehearsals the play faces cancellation because one student gets caught smoking after school. Edit Translation 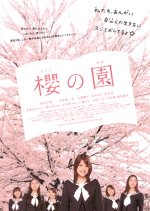 Completed
Senpai
1 people found this review helpful
Other reviews by this user
0
Jul 1, 2017
Completed 0
Overall 7.0
Story 8.5
Acting/Cast 7.0
Music 7.0
Rewatch Value 6.0
The original 1990 version is much more attractive!
"The Cherry Orchard: Blossoming" is a remake of the 1990 film, but the director said it would be a complete makeover, from history to styling, aimed at a wider audience. In other words, it should not only please moviegoers who saw the original, but the same teenagers who acted, in short, the girls looked more like Idols performing than a play.
Therefore, the story is more "let's put a play to change the conventional," while the characters are easier to insert into typical categories of manga and film that tell inspiring stories set in secondary schools, with narrative arcs from zero to Hero and feature slides of newcomers and attractive girls, several of whom later went to stardom.
Perhaps they are not understanding, but watch the two versions, and you will see that the original follows faithful to the literary adaptation, being more serious and conservative, since this version is more centered on the girls that in sum they seem like idols Japanese rehearsing a play any any Where the focus is to please the young public that is not so interested in the play but what happens around this young and beautiful girls.
"Sakura no Sono" however does a good job to explain why the play, or rather, the adaptation of the club is so attractive to girls. With its impoverished aristocrats, romantic complications, and final matches in the childhood home and family home, it presents itself as the pure Takarazuka (famous female theater group, famous for its plays). In addition, through the play, the girls are acting out of their own comfort zones, school and youth.
Another plus is that she still has a keen sense of how teenage girls behaved away from male looks, from their friendships and rivalries to their frustrations and conflicts with same-sex partners. In the new "Sakura no Sono", however, everything is written literally, so the occasional references to the first delicate film stand out and remind us of what we are missing out on.

New Topic
Be the first to create a discussion for The Cherry Orchard: Blossoming