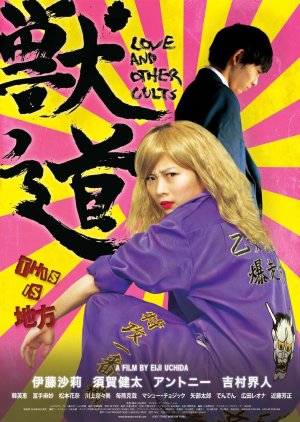 Born in a small town in Japan, a young girl named Ai is sent to a cult commune by her religious maniac mother and lives there for seven long years. After the cult is exposed by the police, Ai starts a new stage of life, going to a normal school for the first time, but she can’t find her place to fit in there. Ai drops out from the school and society, spending her life living with a rock-bottom delinquent family full of gangsters and call girls. In a strange twist of fate she finds herself back in a new and normal life, living with a middle-class family, but her troubled life continues to follow her into more deep and seedy paths. The only person who understands Ai and her troubles is another cast off from society, Ryota, who is in love with her. Ryota lives in a shady world of delinquents, though wants to escape and live a normal life. The two teens’ purity gets swallowed up by the urban jungle in a big regional city. A black comedy depicting lives of modern youth and their struggles in a place where there is no way out. Edit Translation 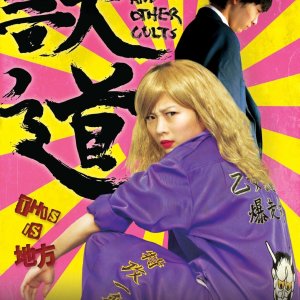 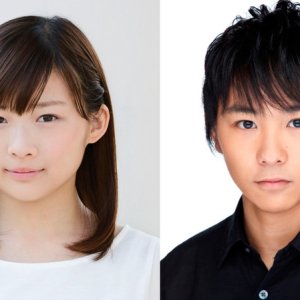 Completed
Senpai
1 people found this review helpful
Other reviews by this user
0
Jul 31, 2018
Completed 0
Overall 6.0
Story 5.5
Acting/Cast 6.5
Music 6.0
Rewatch Value 5.0
A real highlight is the strange romance between Kenta and Reika. Kenta presents a strong contrast to his gang mates in both appearance and behavior and provides a wonderful kind of level control over his most excessive behavior. When he meets Reika, who is a completely normal and common woman in almost every respect, he visibly struggles to adapt to such a mundane lifestyle. It's a tremendously sweet sub-plot, and one greatly enhanced the naturalistic performances of Antony and Kan. As the film progresses, it weakens to some degree. Growing confidence in the sex industry to provoke the public falls dramatically, while one of the subplots is involved in an odious way involving deeply unnecessary and ill-considered sexual aggression. Where the movie works best is in the little moments of comedy, raised by the strong and distinct characterization and generally excellent performances. The film is recorded in a generally simple style but is exceptionally well edited. With so much history squeezed in such a modest execution time, it needs to be.
This is not the most breathtaking independent movie that has come out of Japan in recent years, but for the crowd that will recognize its style, it provides enough entertaining value. It is at the strong end of the second thread. 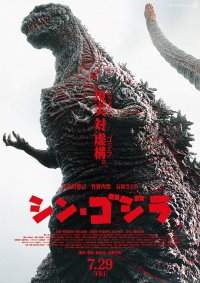