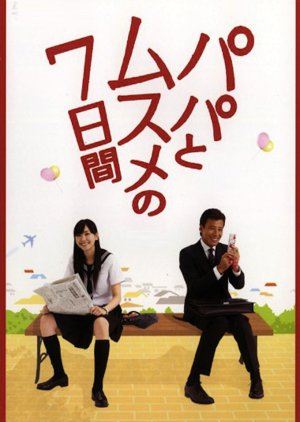 This home comedy tells the story of Kyoichiro (Tachi Hiroshi) and his teenage daughter Koume (Aragaki Yui). One day, the two ride a train together after visiting Kyoichiro's mother-in-law. He sees it as a chance to get to know his daughter better, but he ends up getting more than that - by some mysterious force, both Kyoichiro and Koume end up with their mind in the other's body! Unfortunately, they have no choice but to swap lives, pretending to be each other at school and work. -- Tokyograph Edit Translation 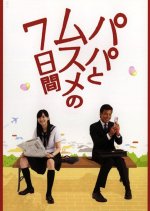 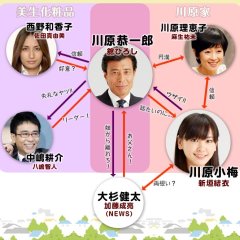 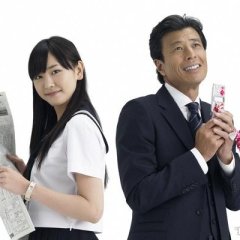 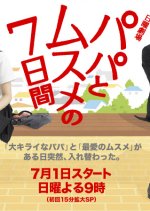 Completed
shiningskyline
8 people found this review helpful
Other reviews by this user
0
Apr 2, 2012
7 of 7 episodes seen
Completed 0
Overall 5.0
Story 6.0
Acting/Cast 8.0
Music 6.0
Rewatch Value 3.0
Papa to Musume no Nanokakan is a bit of an oddball drama. Body-switching isn't a new idea, but switching between father and daughter? Yes, it's as awkward as it sounds.

For a short drama, Papa to Musume succeeds in being just about entertaining throughout. You get a good few comedy situations which are inevitable given the premise. More than that, it's a drama with a bit of a preachy moral about seeing things, in the most literal sense, from another's perspective.

Yes, it's cheesy. Yes, it doesn't really stay with you long after you've watched it. But the cast are likable and convincing in their roles (even though I think it would have been better if both father and daughter were given more time to establish themselves in their original characters before the switch happened, so the contrast would have been more apparent), and the overall premise was quite neat. If I had to give my main criticism, it's that the drama, in it's limited span, didn't go as far or deep as it potentially could have to tell what could have been a much more compelling story.

Completed
Queajy
0 people found this review helpful
Other reviews by this user
0
Sep 9, 2019
7 of 7 episodes seen
Completed 0
Overall 8.0
Story 7.5
Acting/Cast 7.5
Music 3.0
Rewatch Value 6.0
I liked how light and easy this drama has been, when I was tired of doing my own things this drama would help me get a little laugh here and there, and become emotional at sometimes but in a good way!

This is the my first time seeing the male lead Tachi, and I gotta say: Damn ossan! gotta see more of your works lol
The setting was very likable, I liked how the problems facing the relationship of the family unfolded, sometimes it was cheesy but at the end it would end up giving you a good feel.

The difference between male / female, and between teenagers and adults were conveyed, how immature can teenagers could be but also how coward can adults get, I liked the contrast between the good traits of adulthood and adolescence.