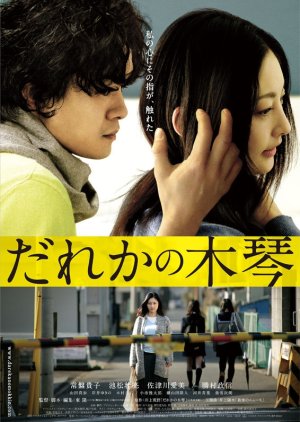 Sayoko is an ordinary housewife married to her husband and they have a daughter. Sayoko's family moves to the suburb. There, she finds a beauty shop and gets her hair done by Kaito. Sayoko receives a thank you email from Kaito and replies back to him. Her daily life then changes. She frequently sends emails to Kaito and visits him at the beauty shop. She asks for Kaito to do her hair. Finally, she finds out Kaito's address and visits his apartment. Sayoko gets her husband and Kaito’s girlfriend involved. Edit Translation 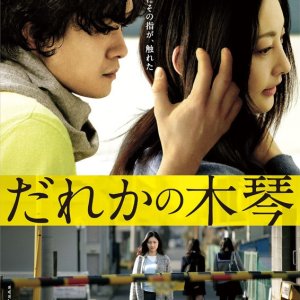 Completed
Senpai
0 people found this review helpful
Other reviews by this user
0
May 11, 2017
Completed 0
Overall 7.0
Story 7.0
Acting/Cast 7.5
Music 7.5
Rewatch Value 6.5
A Novel of Betrayal ...
Directed by Yoichi Higashi, who has done everything from commercial successes to festival favorites in his more than five decades as a director, while occupying politically sensitive issues and unpopular issues.
In "Someone's Xylophone," Tokiwa plays Sayoko, a seemingly happy middle-aged housewife in a suburb of Tokyo who is blessed by a gentle husband (Masanobu Katsumura) and a sweet teenage daughter (Mikoto Kimura) two rarities in the genre Of local family drama.
Soon after moving to a new neighborhood, Sayoko enters a nearby hairdressing salon and has hair made by the curly-haired young Kaito (Sosuke Ikematsu), who has a touch sensitive and a professional manner. Suddenly, she finds herself under the control of a hopeless infatuation, sending an email to Kaito again and again, with increasingly personal revelations.
Written by Higashi based on a novel 2011 by Areno Inoue, the film does not become the expected story of a "May Sept" case (who watches anime knows what I'm talking about). Instead, we have a perplexed Kaito that drives Sayoko's breakthroughs as he says it all to his fun boss and not-so-fun girlfriend, Yui (Aimi Satsukawa). Sayoko, however, escalated his campaign to insinuate himself into Kaito's life, finally summoning the courage to push his bell.
And this keeps the film interesting, since Tokiwa's performance radiates from a core of deep, conflicting emotions that have an inner logic, if not always a clear explanation. Part of the dialogue approaches the overly explicit, but as the action moves back and forth between the real and the surreal, with little to divide the two, some also pierce, like fragments of a dream that disturb and illuminate the Mind agreed