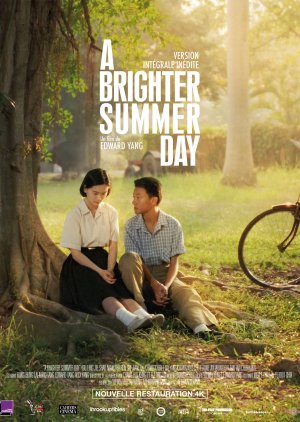 "A Brighter Summer Day" sets out as a coming of age modern tale of youthful rebellion involving two sets of schoolboy street gangs - that is, the 217 Village Gang and the Little Park Gang - in early 1960s Taiwan. The central character is a kid named Si'r (Chen Chang) from the Little Park Gang. Si'r and his love affair with Ming (Lisa Yang) starts a chain of events that eventually leads to violence and murder. The restless and wild behaviour of the schoolboys cause turmoil in the adult world. The film slowly morphs from being a gangland drama into a nuanced portrait of a family in transition, struggling to adapt and survive in a new country after fleeing red China. This film is worth each minute... Edit Translation 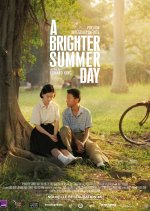 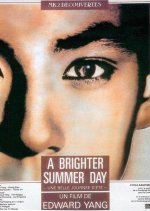 Completed
Macy
3 people found this review helpful
Other reviews by this user
0
Sep 7, 2018
Completed 0
Overall 9.0
Story 10
Acting/Cast 10
Music 8.0
Rewatch Value 8.0
This film is a nearly four-hour epic by the masterful director, Edward Yang. Despite its length, the film does not drag but actually leaves you wanting more. 'A Brighter Summer Day' takes place during a turbulent time in 1960s Taiwan and follows a student named Xiao Si'r. It's interesting to see how his character develops throughout the movie, starting off a quiet bookworm, who eventually becomes involved with the street gangs of his neighborhood.

The movie has a sprawling cast and each character gets a fair bit of screentime. My favorite was Si'r's friend Cat, who sings Elvis songs. The English title of the movie is taken from a mistranslated line of Elvis's "Are You Lonesome Tonight?". The movie's Taiwanese title "Youngster Homicide Incident at Guling Street" points to something more sinister, so fair warning. Overall, the movie is a good watch and I would recommend it to anyone, especially fans of Taiwanese movies.