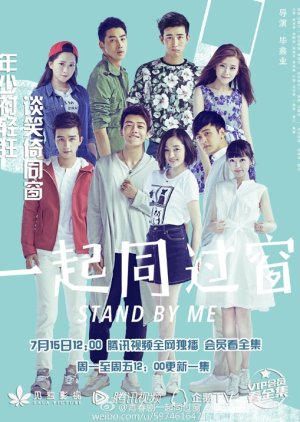 Lu Qiao, Zhong Bai, and Ren Yi Fan are high school friends who are very close, they get admitted to the same university, and begin their college life. They meet new friends there. However, their friendship is put to the test when Lu Qiao falls in love with a new classmate, creating tension between him and Zhong Bai (who has a crush on him) and Ren Yi Fan who has to mediate between the two. Edit Translation 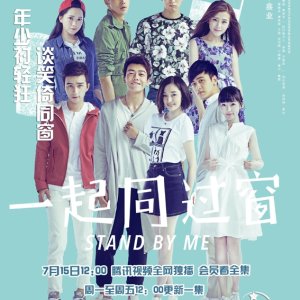 Completed
Summer
7 people found this review helpful
Other reviews by this user
0
Apr 26, 2017
34 of 34 episodes seen
Completed 0
Overall 9.0
Story 9.0
Acting/Cast 9.0
Music 9.0
Rewatch Value 9.0
Stand by Me is a great drama for anyone who enjoys a good slice-of-life, coming-of-age college drama. I really enjoyed it for the way it realistically shows the characters going through struggles with friendship, relationships, family, and leadership. All the characters and conflicts feel real and relatable, and the portrayals of the friendships between all the characters are heartwarming and fun to watch.

This show follows three best friends, two guys (Lu Qiao Chuan and Ren Yi Fan) and a girl (Zhong Bai) as they go to college together and make new friends. Their friendship is put to the test when Lu Qiao Chuan starts liking a new classmate, creating tension between him and Zhong Bai (who has a crush on him) and Ren Yi Fan has to try to mediate between the two. The show also takes a peek into the lives of some of the new friends that the three meet in college.

The characters are real and complex and the show avoids painting anyone as exceptionally perfect or exceptionally villainous. The show pacing can be a bit slow because there isn't a greater overarching plot. Instead, there are a lot of plot arcs that span a few episodes and each deal with different issues that come up in college, friendships, and relationships.

I really enjoyed that the show gets a bit meta with regards to the drama genre as a whole. At various points in the show, our two "second leads" (romantic rivals who aren't really romantic rivals, but are just people who also happen to like our main characters) frequently refer to themselves as "Girl 2" and "Boy 2" and talk about how their lives would play out if they were in a Korean drama. That got a few laughs out of me. And it's great because the show doesn't play out like a Korean drama.

My favorite character in the show is probably Xiao Hai Yang, one of Qiao Chuan and Zhong Bai's classmates who has been held back for two years in a row. He immediately takes a liking to Zhong Bai and is such a sweetheart throughout the show. I definitely liked him way more than Qiao Chuan, who appears to be the main "protagonist" of the show (a lot of the situations revolve around him.) One of my favorite plot arcs/episodes of the show involves Hai Yang and his past.

Overall, Stand by Me is a really great drama for someone who enjoys watching a show that can be a little slow, but feels very real and relatable. You won't really get any of the melodrama or excitement that you would expect from other more plot-driven shows, but you'll still shed a few tears and laugh a few laughs because the friendships are so beautiful.