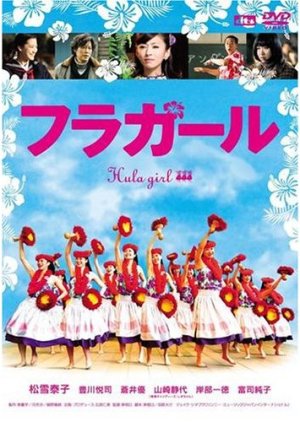 Hula Girl is a true story set in the 60s. Stricken by the recession due to the adoption of oil as a primary energy resource, the charcoal mine of Joban, in Iwaki city, decides to relay on tourism and to use the hot springs on its territory to create the 'Joban Hawaian Center', spa resort and theme park of Hawaian inspiration. To fulfill this project, the mine direction creates a hula dance troop, facing the incredulity and even the opposition of the majority of the population. Hula Girl tells the struggle of those young women who chose to enter the dance troop. Edit Translation 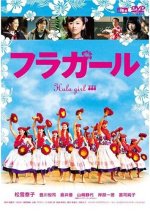 Completed
ZDorama
1 people found this review helpful
Other reviews by this user
0
Nov 24, 2016
Completed 0
Overall 10
Story 10
Acting/Cast 10
Music 10
Rewatch Value 10
Led by sexy actress Yasuko Matsuyuki (star of some of my fave dramas like Riso No Joshi, Africa No Yoru and Nanisama), I knew we were in for a solid movie, but I wasn’t prepared for how awesome Yu Aoi was going to be. I’d sensed her charisma in Honey and Clover, but here was a movie where she was allowed to dominate the scenes, and she nailed down every one! Mumbly and shy, tough and outspoken, sensitive and heartbroken, she assimilated each role perfectly, and, as they say, “I believed”… Yep, I believed every portrayal!

As one of the four motley coal miner’s daughters volunteering for Matsuyuki’s Hula Lessons, Aoi Yu's character Kimiko seemed so steadfast and composed in contrast with the other women… at first I didn’t realize it was the same girl from Honey and Clover! But as she worked each scene, the “Hagumi” character would shine through, and I’d think “Ah! It IS her!”
She seemed a lot more mature than I remembered, too. Then when I finally got to see her perform that “dance routine” that Saburo mentioned, she was so damn sexy doing it, I really started to wonder (read:worry) just how old she was…this was no “little kid”!!!She ROCKED!

The closing scene where the group finally appears onstage and Aoi Yu’s character Kimiko goes all out for her solo routine, all dressed in white, well, that just about did it for me. She looked so “kakkoi” performing , and MAN was she gorgeous, just radiating those good vibrations!!

Needless to say, right after the movie was over, I hopped onto the computer and checked out her Wikipedia stats, which reassuringly declared: Aoi Yu, born August 17th, 1985…

Hmmm…1985. So she was probably around 21 years old when that movie was shot…

Completed
Senpai
0 people found this review helpful
Other reviews by this user
0
Jul 5, 2017
Completed 0
Overall 8.0
Story 8.0
Acting/Cast 8.0
Music 7.5
Rewatch Value 7.0
The film is not sad, quite the opposite. He is extremely optimistic, positive, with a beautiful message.
The real story takes place in the city of Iwaki in 1965. Oil was imposing itself and replacing coal, causing the small coal mine in the small town to receive notice that it will be closed soon. To save the city, the mine administrators resolve to create a Hawaiian Center. Even with residents' protests, they put up announcements inviting the city's young women to learn Hula, the Hawaiian dance ...
The emotional depth of the film is something unexpected ... sad, corpulent and joyful all at the same time. However, the movie worked where it was needed, and kept moving at the right pace. The highlight is in the originality of the story that attracts, a strong and well-developed story ...
If you are looking for something a little different and open to learning a little about life in a small Japanese city in the 1960s, I think this gives you a good feeling for people, attitudes and a change that has taken control. Dramatic and light. Highly recommended!