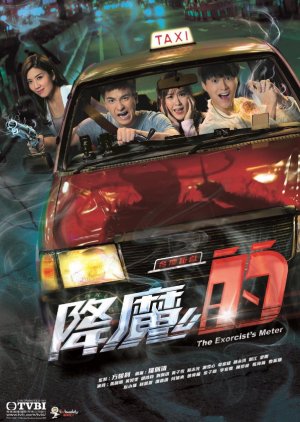 Night-shift taxi driver Ma Gwai lost his parents at a young age. After narrowly escaping death multiple times, he has seen through the vanity of the world and has adopted a "need no achievements, make no mistakes" attitude towards life. But inside his heart, there is one name - Chong Chi Yeuk. Every day, he drives this doctor to and from work, cherishing the time that belongs to only the two of them. Little does he know that he will become her guardian in the future. One night, he urinates on a public highway and releases the curse of the hundred-year old spirit Shek Gam Dong. He experiences a series of inconceivable events and sees things that other people cannot see. When Booi Booi Na, the online radio host of a supernatural show, learns of this, she continuously pesters him. He is initially annoyed by this, but eventually starts to conquer demons alongside Shek Gam Dong to make money. Unfortunately, his supernatural powers brings bad luck to the people around him. A horrifying car accident causes Chong Chi Yeuk's soul to leave her body. Ma Gwai, Shek Gam Dong and Booi Booi Dong work together to investigate and discover that the accident was actually a careful set-up by police officer Kwok Jin Ming... Edit Translation 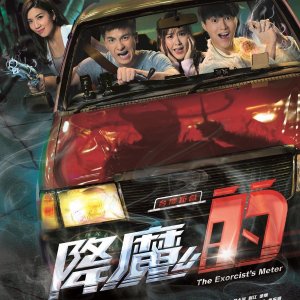 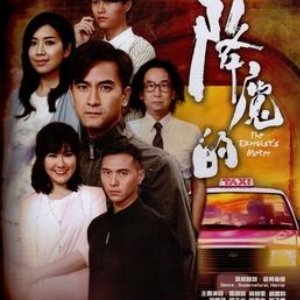 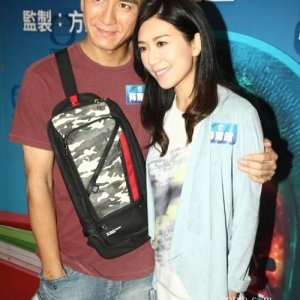 Story:  Wasn't the best thing I've ever watched, but it was consistent & made sense! And that's rare for TVB drama LOL.
It has been a while since I’ve completed a TVB drama. I’ve long forgotten when I stopped keeping up with TVB series; with all its disappointing plot, one dimensional characters and reused actors/actresses. After the Golden Years, everything just went down hill for TVB. However, it looks like things might be changing for them in the next few years. We’re seeing more and more “support” characters stepping up to main roles as well as brand new faces and more grounded plot ideas. And this drama, The Exorcist’s Meter is one of the rare gems of the end of 2017 that got me excited for 2018 TVB’s lineup.

Likeable characters, good acting, and most importantly consistent story telling! At 21 episodes with 43 minutes each, the series goes by pretty quickly. Every episode ended in such a cliff-hanger that it was so hard to refrain from clicking on the next episode! There wasn’t one dull moment. I wasn’t expecting a lot when I decided to watch this series. I thought it would be one of the one ghost per episode kinda show where they actually go and defeat ghosts, something like My Date With a Vampire. However, it turns out to be a family series and it worked; wasn’t boring (though I really wish TVB would do something like My Date With a Vampire or Vampire Experts). The show didn’t meet my expectation for a horror TV show, however it was still entertaining as a fantasy/family show(?).

The story is a simple one, though I notice that a lot of people were still confused about Ma Kwai’s supernatural power and that some deaths were unnecessary. I have to disagree. I feel like they were all important to Ma Kwai’s development as a character and there was a reason for each death. However, I don’t want to spoil anything so you just have to watch and see for yourself ;] I'll address this in the comments with spoilers warning.

Acting/Cast:
The characters were great! I love the interactions between Ma Kwai and Shek Gam Dong. Most of the LOL moments are from them. Ma Kwai’s taxi crush for Chi Yeuk was heart-melting, however I find it hard to root for them because Ma Kwai & Booi Booi shared a very good chemistry (>_<). I find the Ma Kwai’s taxi group very likeable, too bad there wasn’t much story on them except for the Long Mao’s arc at the end. However, if I have to pick the best relationship in this series, it would be Ma Kwai + Ma Ka Lit + Kwai Lei Fu (the noodle shop’s couple). As for the casting, I think almost everyone did a super duper job in their respective roles. There was only 1 person I had a problem with and it’s sad because I’m a big fan of her work: Mandy Wong. I feel like she was more of a supporting role than the main female lead. It could be because of the script & role she was assigned, but there wasn’t anything memorable with Chi Yeuk. That said, her other role later on in the series was much more interesting to watch though, it was too short and she could do less with the head jerking movement ^^ll All in all, this wasn’t one of her strong roles. I would like to see her play a villain in future series; it’ll be interesting. My favorite would have to be Ma Kenneth as main guy, Ma Kwai. His emotional scenes were great with King Kong & Yuen Kitty. At first I thought he looked too old to play Ma Kwai, but then I saw his smile… :D Yeah, he’s perfect.

Rewatch Value:
For me, it’s a one time thing. The open ending left room for a season 2. I’m very interested on how they will handle season 2.  Do I recommend this series? YES.

Completed
Mardybob
1 people found this review helpful
Other reviews by this user
0
Nov 26, 2017
21 of 21 episodes seen
Completed 0
Overall 7.5
Story 9.0
Acting/Cast 10
Music 5.0
Rewatch Value 7.5
I love this! I wasn’t sure about it but after the first 2 episodes I was hooked. It shares time between a few different subplots and although you might be forgiven for thinking they’ve dropped one... wait for it, because they really haven’t.
At times funny, others a bit of mood whiplash as they hit you with angst, it always made me want to binge watch it in one go. I forced myself to a limit of only 2 eps a night, as I discovered it way after it had started.
I will be looking to see if they ever pick this up again.
Was this review helpful to you?
View all