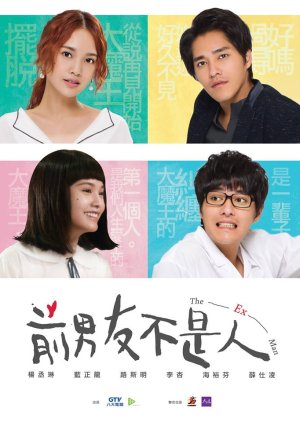 Just when everything is going well for a 31-year-old woman, a very unusual kink complicates her life. Li Qin Ai is a magazine photographer who is happy with her career and her relationship with her boyfriend, Zhou Li Yang. She has tried hard to forget her first love, Dai Hai An, after they broke up 10 years ago. When Hai An reappears in Qin Ai’s life unexpectedly, some things are just not right with him. First of all, he is still his 18-year-old self from their youth, and he is “half-transparent.” Qin Ai begins to wonder why she is the only person who can “see” Hai An and if he's actually dead and appearing before her as a ghost. Whatever may be going on, it’s obvious that Hai An has no intention of leaving her alone and negotiates with Qin Ai to live with her. Could this be Hai An’s way of reconciling his past with Qin Ai or could this strange situation make Qin Ai question the certainty of her future? (Source: Viki) Edit Translation 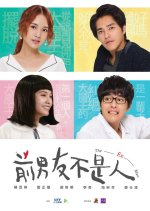 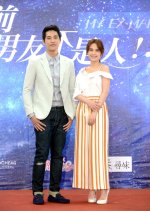 Completed
dedth
2 people found this review helpful
Other reviews by this user
0
Aug 11, 2018
13 of 13 episodes seen
Completed 0
Overall 3.5
Story 3.0
Acting/Cast 3.0
Music 5.5
Rewatch Value 3.0
I was initially excited to watch this show because it seems like a really cool concept. I am, however very disappointing. It seemed like the writers started in an ok direction but then never really knew what to do. There are so many aspects of this drama that i feel should have explored more or better. They only used certain plot points when convenient and because of this there is no consistency. Many of the main plot points are flimsy and leave you thinking "Wait, are you serious? That's it? That's the best you could come up with?". The last episode of this drama is the best example of everything previously mentioned. Also, there is a lot of voice overs done that i think are intended to show character growth and reflections, but it's more of a poor attempt to make the show seem more deep than the actual story is written. Most of the story is Li Qin Ai (Female lead) going back and forth with herself about "do i like him or do i not", but in the most boring ways.

Overall, i don't think this is that great of a drama, i have definitely seen better. But, like, if you have some spare time and nothing better to do, then i guess watch it.

Completed
gelsomina
1 people found this review helpful
Other reviews by this user
0
Aug 14, 2018
13 of 13 episodes seen
Completed 0
Overall 8.0
Story 4.0
Acting/Cast 8.0
Music 10
Rewatch Value 7.0
This was a good-feel drama with not much structure or point in it. It tried to start as something great and end as something great, but nothing much happened in the middle. There was no direction and it seemed the directors just wanted to tell a story about people, but didn’t know how to give them a story.

What I found good about the drama despite it missing a clear plot, are its themes. It was a very humane drama that discussed everyday problems that most of us face in life. It was thoughtful and allowed you to ponder things like marriage, relationships, change and growing up. It didn’t offer answers, it didn’t try to represent what is good and what is bad, who is good and who is bad. It just showed life how it is and it was refreshing to see it put this realistically. It was really easy to relate to.

Thus you couldn’t help but fall in love with most of the characters. With the characters however, there were similar problems as with the plot. Sometimes it was hard to tell who actually were the main characters? It didn’t concentrate on the main couple more than the others, so you didn’t get attached to anyone in particular. Personally, I loved the ‘side’ characters more than the ‘main’, and was more interested in their lives.

The acting was good, though I had a problem with the flashbacks, and how the same 30-year-old characters were playing high school students. Sometimes it works, but unfortunately Rainie Yang was the only believable one here, both in manner and looks.

Overall, I think this show is as flawed as we humans are. And we all have many good things about us too. 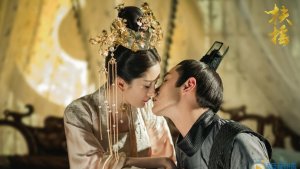