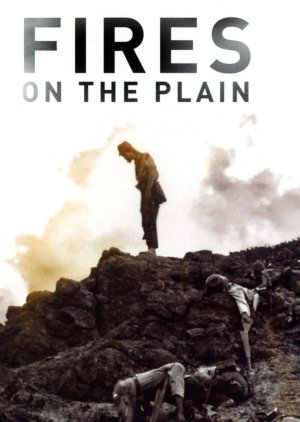 An agonizing portrait of desperate Japanese soldiers stranded in a strange land during World War II, Kon Ichikawa’s Fires on the Plain is a compelling descent into psychological and physical oblivion. Denied hospital treatment for tuberculosis and cast off into the unknown, Private Tamura treks across an unfamiliar Philippine landscape, encountering an increasingly debased cross section of Imperial Army soldiers, who eventually give in to the terrifying craving of all. Grisly yet poetic, Fires on the Plain is one of the most powerful works from one of Japanese cinema’s most versatile filmmakers. Edit Translation 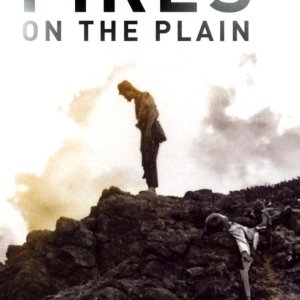 Completed
Senpai
2 people found this review helpful
Other reviews by this user
0
Aug 10, 2017
Completed 0
Overall 9.0
Story 9.5
Acting/Cast 9.5
Music 8.5
Rewatch Value 7.5
"Fires on the Plain" is a very interesting and good war film, regarded as anti-war. It is a story about a group of Japanese soldiers in the last days of World War II, weakened, demoralized and hungry. The situation deteriorates even more when one of them resorts to cannibalism in an attempt to ward off hunger. As they shuffle in the jungle, one notices the bad looks with their feet off their boots and a sense of resignation or futility about them. A film that portrays and appeals to feelings of pity or sympathy regardless of the cause or nation for which they are struggling. For his situation could be anyone's unhappy fate if circumstances were unfavorable. If there is one thing that this film can show or convey is that our sense of humanity or what makes us feel civilized is only a facade that in the right or wrong situation can disappear. The absolute truth, as portrayed in this film, is that we are always within walking distance of returning to the jungle if we have the chance. A film with a perfect story and a deep narrative of feelings, without doubt a movie that deserves attention!

This is a rare classic and deserves all the applause it has got over the years. This movie is not for the squeamish, there are many moments that are really hard to watch and though there is some humour, it is rather dark. The story is set towards the end of World War II in the Philippines campaign. The Japanese are all but beaten and only Bushido is preventing them from surrender. This movie follows the travels of our hero through the jungle in a desperate struggle to survive. There are some unforgettable poignant moments such as when Tamara throws away his rifle, when he throws away his shoe, when he discovers an unseemly pile in an abandoned village, and when he realizes the origins of 'monkey meat'. The action sequences are few but they are hard-hitting. The actual action is momentary while there is intense buildup. The bombing of the hospital, the crossing of the road, the finale sequence, if the director had wanted he could have pulled off much more action but he chose not to. This is not an action film but a chilling reminder of the actual non-action reality of war.
This was made in 1959 but this is a movie that could not be improved upon. Its setting is unique and perspective from the Japanese side ( non-nationalistic and anti-war) is rare. The theatrical Japanese way of acting ( I personally dislike the overacting) is missing here and in fact the acting is remarkably subtle. The cast was so committed to the movie that they starved and did not take care of personal hygiene with the lead actually collapsing after two weeks of self imposed starvation.