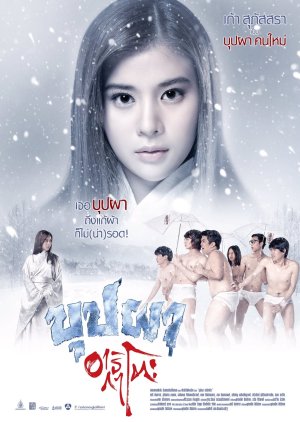 A Thai rock band travels to Japan to shoot a new snow-bound music video. Charlie, Jack and the rest of the gang visit a rental lodge at a picturesque Japanese ski resort to shoot a music video. However, unknowingly the lodge is haunted by several ghosts who include a knife-wielding mother and her creepy little boy, spirits of a family who stayed in the house years before. Also lingering around is the spirit of a young Thai woman,Buppha who came to the resort to mend her broken heart after catching her boyfriend having sex with another woman. She is drawn to Charlie and his crew because Charlie looks a bit like her cheating ex. Edit Translation 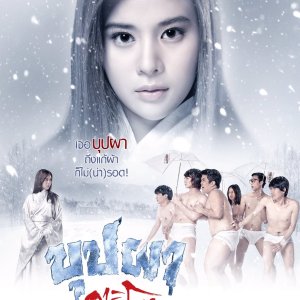 Completed
Senpai
0 people found this review helpful
Other reviews by this user
0
Jun 13, 2017
Completed 0
Overall 6.5
Story 6.5
Acting/Cast 7.0
Music 7.5
Rewatch Value 5.0
Decent but has its flaws.
One of the best features involved here is the continuation of the story a rather scary atmosphere at the beginning now a permanent part of the story.
It has a good change of pace. Since it involves the gangsters who get there to their hiding place, this manages to include some pretty nice subjects as well as the elements of continuous comedy which is quite scary to see in concept yet the execution is made to laugh a lot like the original did.
The strong point is the plot which seems very varied and unfocused, going around so many different elements that the film does not really have any real focus.
Generally speaking "Buppha Ratree: A Haunting in Japan" is equivalent to "Scary Movie" an American film of the genre comedy of the year 2000 directed by Keenen Ivory Wayans.

Completed
AlinaKitti
0 people found this review helpful
Other reviews by this user
0
Jul 25, 2017
Completed 0
Overall 1.0
Story 2.5
Acting/Cast 1.0
Music 1.0
Rewatch Value 1.0
This is one of the most crass and B-rated movies that I have ever watched, with many scenes that are just plain disgusting rather than scary.
Was this review helpful to you?

New Topic
Be the first to create a discussion for Buppha Ratree: A Haunting in Japan