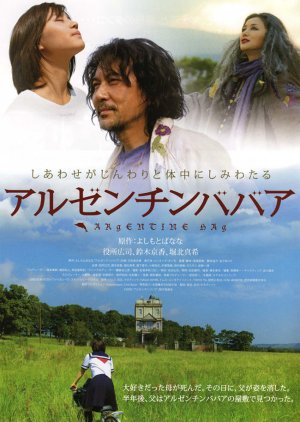 After the death of her dearest mother, her serious-minded father (Yakusho Koji) goes missing, leaving their only daughter Mitsuko (Horikita Maki). 6 months later, it turns out that he is at Yuri's (Suzuki Kyoka) house, who is rumored to be an eccentric and is commonly known as Argentine hag. Furious Mitsuko tries to persuade her father to return home, but he won't listen. While visiting the house on numerous occasions in order to change his mind, Mitsuko begins to be drawn to Yuri's warm personality, and to think that she should simply let them be. Just then, Yuri collapses all of a sudden. She has been pregnant. The baby is born safely, but Yuri passes away. Mitsuko decides to raise the child as its mother. The film portrays a man and his daughter, who lose their moorings after the death of his wife, regaining their bond as a family through interaction with an eccentric woman. Directed by Nagao Naoki of Sazanami. Yakusho Koji of Babel and Silk plays the father. Based on a novel of the same title about life and death, by a leading writer in Japan, Yoshimoto Banana, whose works have been translated into more than 30 languages. Edit Translation 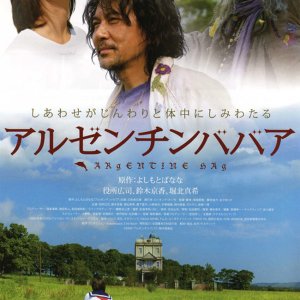