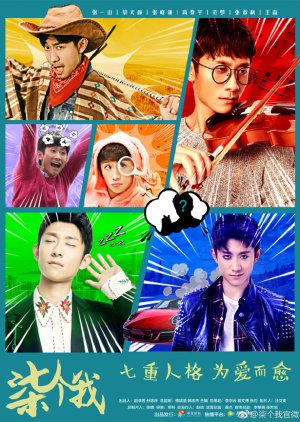 Did she bite off more than she can chew? Bai Xin Xin (Elvira Cai) is a first-year medical intern who crosses paths with Shen Yi Zhen (Zhang Yi Shan), a man from a wealthy family. When Xin Xin is roped into becoming the personal attending physician for Yi Zhen, she doesn’t understand what she signed up for until it’s too late. As Yi Zhen’s seven different personalities begin to emerge, so too do dark secrets from his cruel family history. Can Xin Xin help the many faces of Yi Zhen recover from his painful past? Edit Translation 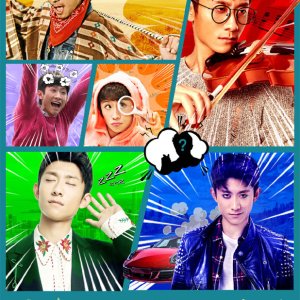 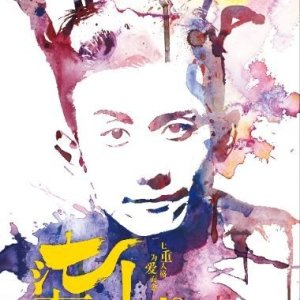 Completed
RinnyMusic
13 people found this review helpful
Other reviews by this user
0
Jan 12, 2018
38 of 38 episodes seen
Completed 0
Overall 10
Story 10
Acting/Cast 10
Music 10
Rewatch Value 10
This review may contain spoilers
For those of you that did not take the time to watch this drama, all I can say is you missed out.

I was curious. It did not take me long to fall in love with drama and the cast.  What makes a drama successful besides the story line, is the chemistry between each cast member.  That is what this drama had from beginning to the end.  I knew that in some parts it would be different because as most Chinese versions of dramas that I have seen they tend to go deeper into each character.  They did not disappoint me with this drama.  They not only kept the story line in tacked but they also dug deeper and brought more depth to it.  Now don't get me wrong, I loved Heal Me, Kill Me it was awesome and I have watch it several times.  But, Seven Of Me is also an awesome drama that will make you laugh and cry.  You will get lost in each episode.  I want to say so much more because I don't want to put spoilers in it.

First, I just want to mention that I watched over 1000 Drama and Kill me heal me (the Korean version of course) is my TOP FAVOURITE drama.

Now, after giving this version a lot of my patience and time so that I be a fair judge, I can finally review it honestly.

•STORY: The story is the same EXACT story as the Korean version and I didn't see any changes. Let's say it was a bad cover/remake or just a low version of it. Sorry if I may seem rude, but, I see nothing special with keeping the same thing or in more suitable words WITH EMITATING THE WHOLE DRAMA. I gave it 4 since the original stroy is perfect, genius and no words can describe it.

•ACTING/CAST: Before comparing them to the Korean ones, let me acknowledge their great effort especially the male lead.
I don't think that they were that great though to be even a bit close to the korean actors. (No offence)....The Korean actors are in way higher level and their acting was so natural and real that I almost felt like I was sharing the same emotions with them. While, in this version, the actors were a bit fake and it was clear that they were trying to imitate the Korean ones so I WAS NOT CONVICED AT ALL.

The main lead was not bad though. I gave this a 7 for him.

•THE MUSIC: listen to the korean OST and that will tell you why I gave it 1.

•REWATCH VALUE: I watched the Korean version more than 6 times while I watched this one barely once. I don't think I'll ever REWATCH it.

??•OVERALL•??
I don't see the point in making this version if it was going to be the same thing. I saw many remakes of other drama and they all had some changes and their own touches on the stories and plots. This one was just a low version and an imitation.

CAN'T EVEN BE COMPARED TO THE KOREAN VERSION!!!!!!