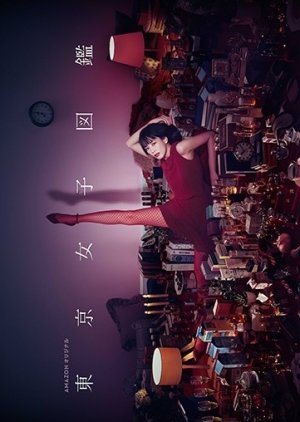 Completed
XKX
8 people found this review helpful
Other reviews by this user
0
Nov 4, 2018
11 of 11 episodes seen
Completed 0
Overall 10
Story 10
Acting/Cast 10
Music 8.0
Rewatch Value 10
An incredibly intelligent and cogent series that examines the enormous pressure that society places on women and that they place on themselves throughout their lives. Beautifully filmed, masterfully edited, with post-modern production that consistently breaks the fourth wall, this series is incredibly entertaining with equal measures of comedy and drama that examines the real flaws of the characters without being preachy but instead acknowledges that we are all human and is supportive of the life stages and experiences we all share. This is among the best series I have seen in our current Golden Age of Television - Amazon really did an amazing job with this!

Completed
Sonme
8 people found this review helpful
Other reviews by this user
0
Feb 21, 2019
11 of 11 episodes seen
Completed 0
Overall 9.0
Story 9.0
Acting/Cast 9.0
Music 7.0
Rewatch Value 10
This show is probably the best modern Japanese show I’ve ever watched. It brings up a lot of issues that women face globally. Is it best to stick close to home or will your dreams be fufilled in the big city? Career or family? Can women have it all? Do women even need to focus on raising a family to have a successful and productive life? Is it better to have a relationship with someone of similar economic status? Or is it better to find someone who has similar values? Is it fulfilling enough to just have a strong network of friends at certain points of your life? I also really loved how our main character was a morally gray person who makes mistakes and is hypocritical, I can see a real person making the decisions she did. I think the only major improvement that could have been made was more of a focus on the ups and downs of the main character’s career.

This is the best Asian TV drama I’ve ever seen. The standards for the writing, acting, directing, editing, photography, etc. are more on the level of a serious movie that wins awards at foreign film festivals rather than the typical TV drama. In fact, if they had edited all the short episodes together and released it as a movie, I’m sure it would have won awards and acclaim.

My only problem with it is that, now that I’ve seen how great Asian TV drama can be, I’m looking for another show that’s on the same level and I’ve yet to find one.
Was this review helpful to you?