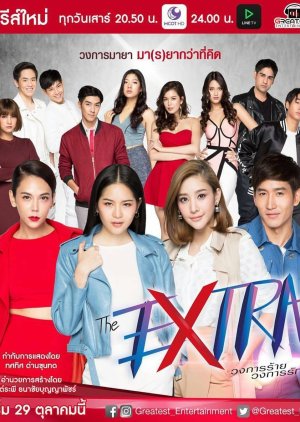 This series shows how life it is from being an "extra" aka calafare to an established famous actor or actress, Series also shows the works of being in the producer/director chair. Edit Translation 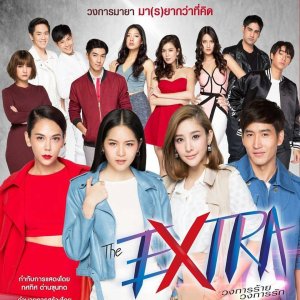 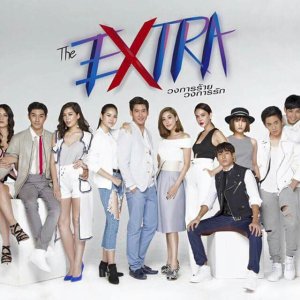 Completed
togetherwme
0 people found this review helpful
Other reviews by this user
0
May 6, 2018
12 of 12 episodes seen
Completed 0
Overall 4.5
Story 5.5
Acting/Cast 6.5
Music 8.0
Rewatch Value 1.0
Admittedly I only watched the BL cut (Pavin's story), so that's the only part I can really comment on.

Story: There were a couple good parts where they addressed what life is really like for LGBT people in countries like this nowadays, and especially in the entertainment industry. A lot of really great points were brought up, and the frustration and lack of understanding that comes with being faced with homophobia was very well portrayed. It doesn't make sense that we're still in an age where being gay is often looked down upon, especially in non-western cultures, and Pavin's frustration with his treatment was very relatable. Joey provided a much-needed opposing perspective which gave it even more depth, and the contrast between the two character's experiences strengthened the overall message. Other than that, though, the story lacked a lot of substance and I was having trouble discerning whether there was even a story at all, or just a bunch of (still important) political/societal statements being made via fictional characters. Any scenes that weren't tackling homophobia were trying to be sweet and cute but landed more in the boring/unnecessary part. There were one or two in the last few episodes that were good and made me smile, but other than that it completely missed the mark for me. Did not appreciate the sour ending, but I liked the happy direction I thought it was going in.

Characters: Joey wasn't very likeable at the start, so it was hard to get on board with both him and his relationship with Pavin. He got slightly better about halfway through the season, but that lasted all of four episodes before I went back to disliking him. It might have just been the unfortunate situation, but he came off a little too self-centred for my taste. Pavin was relatable in that he's a fairly average guy with fairly average views, reactions, and morals. I felt for him when he was insecure or uncomfortable and appreciated the way he handled it, but there were also a lot of scenes where I was kind of annoyed by him. The girls seemed great, for the most part. I didn't like Issy at all and frankly skipped through any scene she was in, but the rest were very likeable and easy to get invested in no matter how little I saw of them.

Acting: Decent. Not much to say here. No one particularly stood out, whether that be as being spectacularly awful or being really good.

Music: There wasn't a lot to be honest. Or, if there was, I didn't notice it. Which means it didn't subtract from the story any more than it added to it, so I'd say that's mostly a win in that department.

New Topic
Be the first to create a discussion for The Extra: The Series