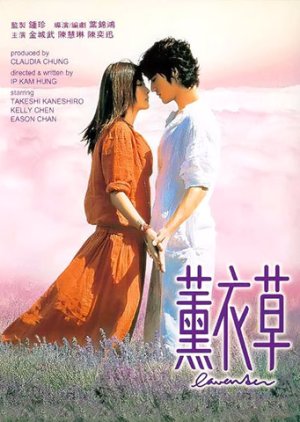 A young woman is devastated after her fiance's death. She lives in isolation and her only daily treat is sending a balloon with a message to her late loved one. One day her life is changed when an angel with a broken wing lands on her balcony. Edit Translation 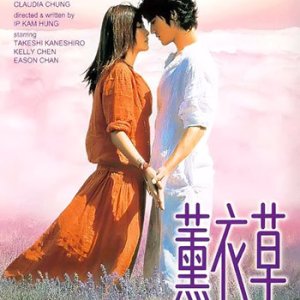 I stumbled upon it a couple of years ago, following the footsteps of Takeshi Kaneshiro. And like any great actor, he has chosen some third-rate roles before turning into the acclaimed star he is now - and rightfully so.

The beginning of the movie is promising, the fallen angel a common enough trait but well done and the interaction with the female lead pretty original. But the more the story unfolds - or perhaps I'd better say that it folds up - the more I found myself either laughing or raising my eybrows in puzzlement. I thought I would understand its meaning or purpose once watched to the end, but 2 years have passed and I'm still waiting.

The acting is average but the chemistry between the leads is good, so that if one is just looking for a cute love story and a decent kiss, this film might be appealing. But do not expect meaningful dialogues, some lesson to be learnt or a beautifully portrayed story because this film has nothing of the sort to offer.

It offers great views of Takeshi Kaneshiro's charms though, which in itself could be the one and only reason to watch this: sit, prepare pop-corn and drool. Period.

I can't remember the music for the life of me.

I don't think I'll re-watch this movie any time soon.

Completed
Zabini
0 people found this review helpful
Other reviews by this user
0
Nov 7, 2019
Completed 0
Overall 6.5
Story 6.0
Acting/Cast 6.5
Music 10
Rewatch Value 3.0
All in all not a bad movie.
It is in some part more an artsy movie with brilliantly done colour schemes and atmosphere. Some scenes were too artsy for my taste and distracted from the story. However, these beautiful to watch setups made up for the somewhat lacking storyline and gaping plot holes. I really liked the music that enhanced the atmosphere.
The storyline is all over the place and at several points you have no idea why the characters ended up at a certain place or in a certein situation. Maybe the script was shortened, but it is kind of annoying not to know how a situation came about. Some scenes are really cute and are worth watching (e.g. the swing).
The acting was mediocre in my opinion, not bad, but sometimes a bit flat. Of course, the script did not help. The characters - even though their stories are interesting to start with - lack depth and inner conflict, changes come to suddenly you have to little contemplation and development.

Personally, I do not like that kind of ending, but it is not dreadful.
I am okay with watching the movie once, but I won't watch it again.

New Topic
Be the first to create a discussion for Lavender