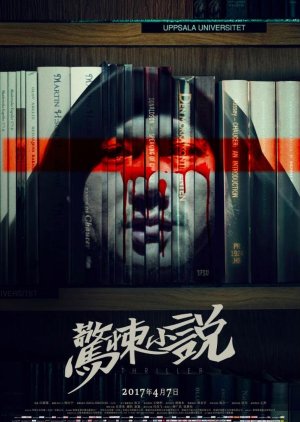 Cui Kai is a has-been writer and lives in his distressed apartment, unemployed. One day he receives an exciting job offer from an editor-to create a horror series. Kai has finally completed the horror series. The book becomes an immediate hit. However, fame does not make Kai any happier. Every story in his book is inextricably intertwined with his own life. He himself has a personality split and the obese man is in fact his other self that he is afraid of. Kai is able to eventually defeat his dark side and obtain a complete and wholesome personality. All the characters Cui Kai created are the split personalities of himself during his time in the asylum. Edit Translation 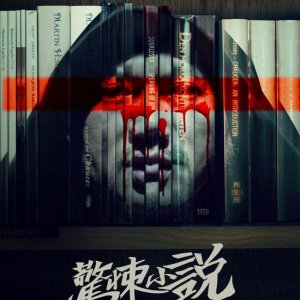 Completed
Jordan
0 people found this review helpful
Other reviews by this user
0
May 15, 2017
Completed 0
Overall 6.5
Story 6.5
Acting/Cast 6.5
Music 7.0
Rewatch Value 6.5
I love supernatural films. However, I did not love this one.

What I Liked
The film was an anthology and the quality was fairly good. I liked the idea of the writer who struggles with writing, and the other man who appears to 'help him' write. I don't want to spoil anything so I won't go into it but it was a fun idea. I also liked the homage paid to older horror films (Like The Shining) (or Frankenstein) and the weirdness of some of the stories--they were very surreal/a little strange at times. This I all appreciated.

What I disliked
As interesting of an idea as the story was, I did not like the execution. The first story I thought the acting wasn't so great and some things were a little odd (like the guy who watches the shining in the pitch black basement of a hospital?) and the second story was a little slow.

Overall,
It is an okay horror film but don't expect anything like Noroi The Curse or Ju-On. This isn't really a 'ghost' story China doesn't really allow the portrayal of ghosts in their films, I think, because of superstition and censorship laws. This is essentially a psychological horror featuring stories where circumstance or events kind of drives people to go crazy, a theme of the film. In terms of tone, the only type of film that I can think that relates to it is something like Creepshow (Stephen King) or Thirst (Korea) in terms of oddness but without the dark humor as it is a more serious film intended for an older audience. Just don't expect the same level of story telling.

I don't think I would re-watch it, which is huge for me, as I re-watch horror films constantly. There is blood but really no gore and of course this is nothing like the very dark violent films you might sometimes see coming out of Korea (I saw the Devil).

Completed
Senpai
0 people found this review helpful
Other reviews by this user
0
Jun 8, 2017
Completed 0
Overall 6.5
Story 6.5
Acting/Cast 7.0
Music 6.5
Rewatch Value 4.5
"Thriller" though with an innovative premise in parts, is not the hell of the genre, a shallow film, below expectations, the serious problem is to how such words have mixed the situation in this small original literary world. In other words, the film does not explain objectively how this happened, it is a confusing and complicated atmosphere throughout history although it does not leave loose ends.
Cinematography and CGI scenes are to be commended, a quality within the acceptable for Chinese productions, we have good internal and external scenes.
The cast is also another strong point of the film, especially mother and daughter, besides the excellent acting and similarity they do the role of mother and daughter persuading anyone, not to mention that both are beautiful, something intentional to cause more sentimental feelings to the viewer.
The soundtrack and sound design were what we can say, acceptable to the suspense pattern of the story, nothing deserving highlights yet within the coherent.
Generally speaking "Thriller" is a confusing film with few groundbreaking elements in its history, it does not cause the emotional impact it should have, in compensation the cast and cinematography helped save the film from being a failure.

New Topic
Be the first to create a discussion for Thriller