Club Friday To Be Continued: She Changed (2016) 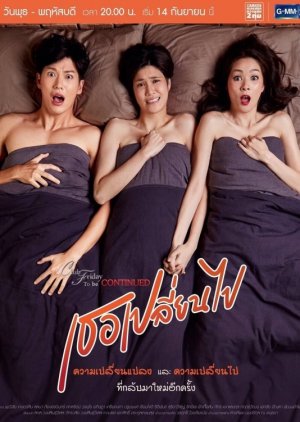 Sequel of ''She Changed'', one of the stories on Club Friday The Series 6. A change in sexual identity complicates young Meen's relationships, while memories of a past romance remain fresh. (Source: Netflix) Edit Translation 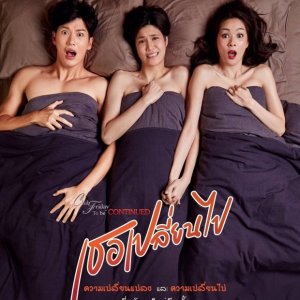 Ongoing 22/13
Rita95
3 people found this review helpful
Other reviews by this user
0
Apr 25, 2018
22 of 13 episodes seen
Ongoing 0
Overall 6.0
Story 4.5
Acting/Cast 5.0
Music 5.0
Rewatch Value 1.0
I went into this drama not knowing anything. I haven't seen any of the other seasons and I just happen to come across it on netflix randomly. To be very honest, i really liked it up until the end. But overall it was very engaging. The plot was refreshing to me (actually lesbian instead of the queer baiting i always see). The flow of this drama gives away how it ends; there is nothing really special about the ending expect for enlightenment for the 4 leads. They all gain an understanding about how they feel about themselves and each other.

Acting : Depends on the character and scene combination in my opinion. Some scenes I really felt that the acting was excellent and I was dying of laughter and strong emotions. then there were times that the acting didn't quite cut it.

Music: There were some good songs for the opening and ending credits but the mood music (background) was over done. Certain characters were given a background song that gave a feeling a danger (even though they used the same song whenever something petty or heart shattering happened--it got really annoying after the five times in a span of 10mins)

Re-watch: Even though I liked this drama a lot, I won't be coming back. I gave a low rating for some scenes and script topics. This drama showcased how society views same sex relationships and mainly marriage. It also incorporates revenge, mental illness (to a point), and suicide to the mix. The topics that rubbed me the wrong way were when they would slut shame the women but the main male lead was a straight up hoe plus addressing the darkest characters skin tone (offensively). They also made it seem that being lgbt+ was a "phase" and a "delusion". (basically making bisexuals confused individuals)

Final thoughts: they could have did more for the main couple. It urks my soul that the other couple had more growth (basically the second leads should have been the main with how the writers developed them in my opinion).

Ongoing 22/13
emchi
1 people found this review helpful
Other reviews by this user
0
May 5, 2018
22 of 13 episodes seen
Ongoing 0
Overall 8.5
Story 8.5
Acting/Cast 9.0
Music 8.5
Rewatch Value 7.0
Saw this on netflix last week, have to say I really enjoyed it, kept hitting next.....it was easy to understand Meen's confusion, all in all it's a good watch. First time seeing the female lead, she's is a very real, seemingly down to earth actress, will certainly watch everything she's in. I also think the male lead is a very good actor, have seen him in quite a few dramas as well as the second female lead. All in all, I think it was done well and ended nicely, didn't feel rushed at the ending.
Was this review helpful to you?
View all

New Topic
Be the first to create a discussion for Club Friday To Be Continued: She Changed