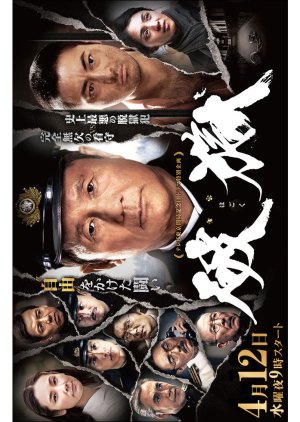 One late night in June 1942, Sakuma Seitaro dangles from the frame of a skylight in an isolation cell in Akita Prison. He forces open the glass window and breaks out of jail. This crime even reaches the ears of Urata Susumu, the chief warden of Kosuge Prison in Tokyo. Urata had been in charge of those sentenced to life in the prison until last year. Although Sakuma is a dangerous person who had also broken out of jail in Aomori, he submits to Urata who is the only person who had treated him kindly in the past. However, three months after escaping from jail, Sakuma shows up at Urata’s house. He has come to complain about the inhumane Akita prison officers. But he is locked up again after Urata notifies the police during an unguarded moment. A year later, Sakuma is sent to Abashiri Prison and Urata is also ordered to transfer as the prison’s chief warden. ~~ Adapted from the 1983 full-length novel "Hagoku" by Yoshimura Akira. Edit Translation 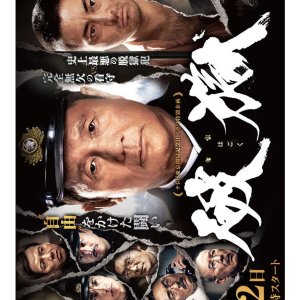 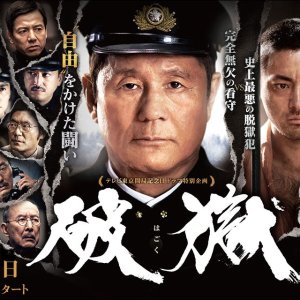 Completed
Senpai
0 people found this review helpful
Other reviews by this user
0
Nov 26, 2017
1 of 1 episodes seen
Completed 0
Overall 7.0
Story 7.5
Acting/Cast 8.0
Music 7.5
Rewatch Value 6.0
Sentenced  to life in prison, Sergeant Saroji (Taro Yamada) was sentenced to  prison in Kosaka prison, at that time, only to Putian Jin (Kitano  Atsushi), a custodial minister. Showa  17, Sakuma intercepted the Akita prison and, three months later, Sakuma  went to Putian to complain about the inhuman life of Akita prison. However, Urawa took the opportunity to inform police that he was arrested and taken to Abashiri prison. After Pu Tian was transferred to Abashiri prison as a janitor, the two began a long battle. With a careful plan, daring action and infinite physical strength,  Sakura repeated the unprecedented jailbreak in the crime story.
To some extent, it was a marvelous job at a technical level. The hypnotic performance of Takayuki Yamada enriched the special the stable existence of Takeshi was also good. Cinematographically,  he is good, when his story was captured emotionally, he was only  content to repeat the escape, but my heart was numb. It was a drama where the impression of the monstrosity Yamada Takayuki.
Unreplaceable  and inflexible, desperate to seek freedom ... Although two people are  in a symmetrical position, the root part may be similar. The  strange chances of Takayuki Yamada are a wonderful insight into the  context, "Hagoku" can be considered an insatiable resistance to all that  is maintained and life itself. The  imminence of Ogata Ken in the NHK version was obsessed with obscurity  and perseverance obsessed with any body was incredible anyway. A film technically flawed, but very good at the same time.

New Topic
Be the first to create a discussion for Hagoku 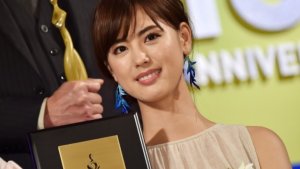