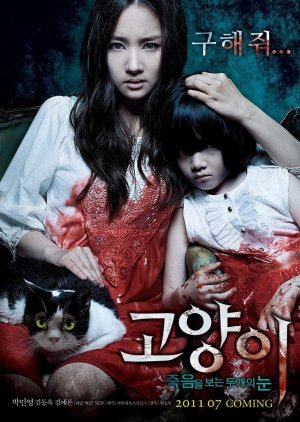 Completed
AmyLovesDramas
12 people found this review helpful
Other reviews by this user
0
Apr 20, 2013
Completed 0
Overall 8.0
Story 9.0
Acting/Cast 9.0
Music 7.0
Rewatch Value 6.0
[*My first time writing a review. Sorry, it might not be good :/]
Gosh, where should I start? I really didn't expect myself to like this horror movie. It wasn't so scary, but the story really moved me. I cried buckets at the ending! :'(

Story: Wonderful. The story was not the best, but very wonderful. It's a bit scary at times, but the overall story really moves you.

Acting/Cast : Love Park Min Young's acting in here. I could see her expressing every of her line very well. The acting was quite good overall.

Overall, it is a good movie to watch. If you're into one of those VERY scary horror films, this one isn't for you. But if you're not into super scary movies, and you want a horror movie with a good story line, I recommend this! ^^

Completed
Senpai
0 people found this review helpful
Other reviews by this user
0
Nov 12, 2017
Completed 0
Overall 8.0
Story 8.5
Acting/Cast 9.0
Music 8.5
Rewatch Value 7.0
The  theme of cats is not very common when it comes to being seen in a  movie, let's say it is not a topic much treated and less when it comes  to a movie whose genre is terror. It's a very risky bet. The cat introduces the life of a girl who, working in a pet store, feels a deep admiration for them. Everything begins to change when, after the death of one of its  clients that presents us a very common case in any horror film, but with  the passage of minutes grows in quality and keeps the viewer on hold  until its final minutes.
Let's highlight above all the work of our protagonist Park Min-Young. At all times he plays his role perfectly, I love this woman. Most  of the success of this film comes from the excellent work achieved with  this actress standing out in all the other characters we see throughout  the film. We can see how his character evolves exceptionally with the passage of minutes. Let's say that Park Min in this movie has to face a double battle; Your psychological state and the events that happen with, from the beginning. Of course, the magnificent solvent with its great performance, very very remarkable throughout the film. No doubt she is a success.
Finally,  we refer to the role of Kim Ye-Ron, sister of Kim Sae-Ron my favorite  actress ever, to say that it seems little and only, being also the star  of the film. Let's see if she's as lucky as her sister to win the best new actress award. It's quite difficult, since it was not as shocking a movie as "The Man From Nowhere", but both have many years still ahead.
In short, yes, it's worth it. He  entertains his, has an unpredictable outcome, at least from my point of  view and fills all his gaps in the story with excellent and surprising  details.