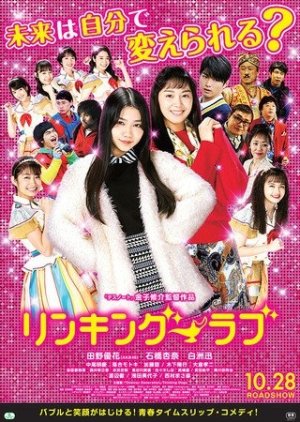 Mashio Miyu is a university student. She hopes to become an idol, but her dream doesn't seem to be going anywhere. One day, her mother, who does not like her father anymore, leaves home. Miyu doesn't know what to do. A mysterious man suddenly appears in front of her. The man tells her that he will grant her 3 wishes. He sends her back into time to 1991 and to the university where he parents attended. There, she meets her parents who are now students. Her mother likes her father, but her father doesn't like her mother at all. To get her parents together, Miyu forms an idol group with her mother. Edit Translation 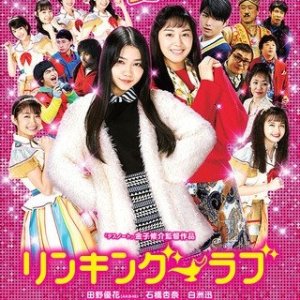 Completed
PHope
0 people found this review helpful
Other reviews by this user
0
Dec 6, 2019
Completed 0
Overall 5.0
Story 5.0
Acting/Cast 8.0
Music 7.0
Rewatch Value 4.0
" Linking Love " had an interesting idea to use as a trigger point to basically present an japanese idol girl group.

This movie, first of all, will appeal mainly to idol group fans. And that because the second half was full of music and music acts, with cute choreographies and flashy costumes. I do wish they focused more on the bonding of the group members and not just some of them, or at least a more proper introduction to some of the girls.

The main story about the family bonds was nice though. The two main characters had nice chemistry and they had many bonding moments. However, the story line abouth what made the parents broke up in the first place, or the girl's dreams of becoming an idol and her struggles, or the fantasy part, were not nicely and in depth explored. Maybe if this was a drama, every aspect of the story would have more room to be properly developed.

Finally, the performances were good, especially from the leading lady, who was adorable and bubbly. The music acts were good too.