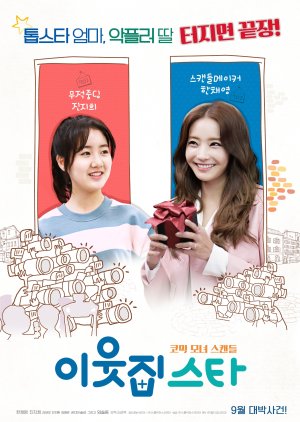 Hye Mi is a top star and the center of the spotlight. Everything she does becomes an issue. In reality, she is a single mother and has a secret daughter that's a middle school student. The two have a broken relationship but that's about to change as they come together to face a paparazzo that's trying to reveal the truth to the public. Edit Translation 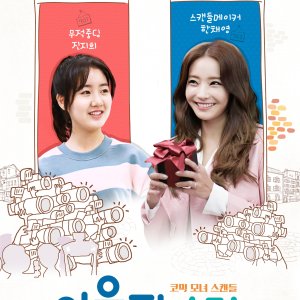 Completed
Senpai
3 people found this review helpful
Other reviews by this user
0
Oct 19, 2017
Completed 0
Overall 7.0
Story 7.0
Acting/Cast 9.0
Music 7.5
Rewatch Value 5.5
An interesting comic drama but it is not good enough.
The  story almost revolves around a leading actress (Han Chae-young) who  lives next to a teenage tennis player named So-eun (Jin Ji-hee) who is,  in fact, her daughter. Mother and daughter do not get  along, so the story begins ... Technically speaking, I liked the story a  lot although it is not well written, in complicity with the cast was a  dramatic and fun family comedy between mother and daughter, I also liked  the cinematography, the takes and retakes are good, as for  the soundtrack there is nothing to mention, it is in agreement,  harmonious with the scenes, boring part is that the climax scenes are of  low emotional impact but in the end "The Next Door" fulfilled what he promised.

Completed
PHope
1 people found this review helpful
Other reviews by this user
0
Jul 29, 2018
Completed 0
Overall 7.0
Story 5.0
Acting/Cast 7.0
Music 4.5
Rewatch Value 3.0
Star next door is okay for a movie with comedy parts, but I wouldn't call it a comedy. The mother daughter dynamics were more like older younger sister dynamics, as the celebrity didn't act as a mother. Rather she was immature and kind of irrational at first. Things got better towards the end, though they didn't give us a full explanation on why everything happened back then. Also, at first, it was hard to understand that the celebrity in question was the girl's mother and not her sister or something. But, overall, it was enjoyable.
Was this review helpful to you?
View all