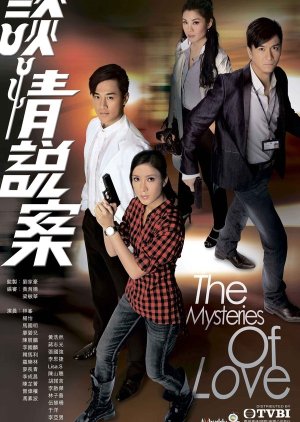 This is a love story between a professor and a policewoman. Their dating experience is enhanced with sense and sensibility through the application of interesting physics theories on the investigation of various crime cases. King Pok is regarded as the youngest genius in physics and he is appointed as an associate professor in a Hong Kong university. Invited by his good friend Lo Tin Hang, Senior Inspector of Police at Regional Crime Unit, Pok assists in cracking many mysterious crime cases and he also meets the policewoman Chui Siu Lai during the process. The rational Pok evaluates that he has fallen in love with Lai because of a love hormone called "phenylalanine". However, owing to the huge difference in their family background and life value, Pok fails to tackle their ever-changing relationship problems with formulas. On the other hand, the romantic and uninhibited Hang has been maintaining a sex only relationship with the journalist Ling Man Ka. Hang doesn't believe in eternity and he is only looking for sensual pleasure in a woman. However, his belief is suddenly shattered when he learns that Man is going to get married. (Source: DramaWiki) Edit Translation 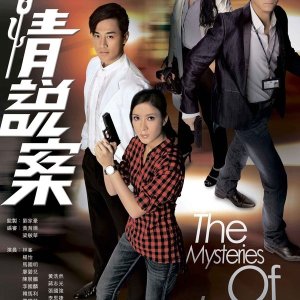 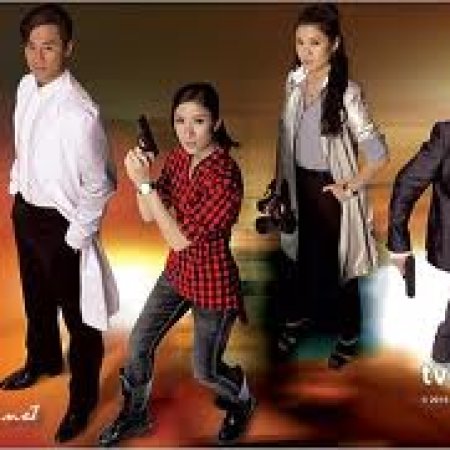 Completed
CheshireKat
2 people found this review helpful
Other reviews by this user
0
Nov 9, 2012
25 of 25 episodes seen
Completed 0
Overall 8.0
Story 7.0
Acting/Cast 8.0
Music 9.0
Rewatch Value 5.0
This was a good drama. Although the cases weren't too complex, they were still interesting. They were a fun break from the relationship/family stuff. The last case was AWESOME! The suspect was so clever and always a step ahead of them, I loved it. Of course, it was kinda annoying as well since we obviously want him to get caught (especially when he's targeting the main characters), but I can't help but admire the psycho's meticulous planning.
I personally loved Gordon/Lo sir and Nickole's relationship the most...I always looked forward to between the investigations where I can see them again. I enjoyed watching their relationship develop, much more than Kingsley and Awesome's. But maybe that was /because/ they weren't the main story.
The music...for some reason I totally loved it (during the investigation/action scenes). It was so dramatic and exciting. Unfortunately, I couldn't find an OST anywhere...
I definitely would recommend this drama to anyone who likes mystery/crime and romance. I did a bit of skipping in the middle cuz I really hate heartbroken crying and crud like that, but fortunately it didn't stay that way for too long. The show felt like a K-drama at times, especially with Kingsley's stupid snobby stuck-up family that really ticked me off and came between the main two. I'm surprised no one's written on here...it's a good show, in my opinion. I don't really rewatch dramas so I can't really give it an accurate score, and I only rate as high as a 9, which is reserved for my favorites, so that's why I gave it an 8 total.

Rewatch Value: I've rewatched it several times, but I fast forward to my favorite parts.

Wow....well I truly enjoyed this drama. I thought it was really good and I was surprised by how much I liked it. It's not my more crazy reviews where I give 10 by 5----you have to be extraordinarily great in order to get that. And it wasn't a satisfying 5 by 5---for several reasons which I will start off with.

Before I begin on the pros and cons. I will say that this drama is an extended version of the jdorama Galileo. There is absolutely no doubt about it. The writers did a great job in making it their own. Jdorama's are not really known for their romance. They may include romance but they're not as dramatically romantic as kdrama's or ridiculously romantic w/ slaps and kisses for effect like lakorns. However, they usually give a casual nod to romance.

Galileo for all intents and purposes was not a romance. However, they did touch on a bit of attraction, even if loosely. This Candrama is as though they took Galileo and focused on the romance and extended family with some twists and turns. They have a cop girl, who's beautiful but yet utterly a tomboy and lives by her emotions. They have a physicist professor at a very upper class university who is the genius of all genius' and who likes wearing three piece suits without the third piece---meaning his blazer. He also happens to drink a ridiculous amount of coffee and is a ladies man as in Galileo. We have the cop friend who plays liaison between cop girl and physicist. He's also a ladies man and knows how to do his job.

At he bare bones it's the same story, actually even not so shallowly it's the same story in effect. I think this is really the reason why I liked the show. Much the reasons behind why I loved the cop girl in Galileo (yes I know their names, but it's better to go by superficial titles for those who don't know), such as her cuteness, her strength and devotion and her smarts. Is the same reasons I love this cop girl. Actually, this cop girl was magnificent. I think people, if you want to test the waters watch like 18 minutes into ep 18 and around the same for ep 25. Her acting was spot on. I cry with her and she loves powerfully.

I like the doctors in both this drama and Galileo but I will say they're personalities are totally different. This scientist is not removed from others, he feels deeply. The jdorma scientists was more detached, cold and analytical. This one was analytical but he had emotion and I loved them equally.

This drama is definitely entertaining. The mysteries are cute and not as scientific as I would like, but it was a story about love, companionship, family and romance. It's not really about the mysteries.

Aspects that really annoyed me. Wow...there are a few and this is why it got grounded a point. Basically the lead actors hair cut. OMG!! Sad! They all had the exact same haircut. It was irritating. At times I couldn't tell the difference between the physicist and the cop friend. They looked so similar. I would have to take in attire and tone to see the difference. There were so many male characters and they all had the same hair cut. Even the baddies and another cop guy who was a minor character but regular---all had this side pixie cut---very emo-chic to them. Ugh. I couldn't stand it.

Other issues...I hated when I heard them say "Mamie, Daddie..." I'm a grown woman, but it's always okay for girls to say it. Yeah, I know it's my own double standard and this is more of a cultural norm...so I shouldn't be peeved. But it was irritating hearing that come out of the mouths of the male leads.

As far as characters. The cop friend was great. A total player, all his scenes were mainly him having sex to R&B songs. It was great. He's a player and I actually was feeling him with the cop girl---I just found him more attractive. But I think it was due to his style which was easy going, charismatic and serious. He plays works very hard so he could play very hard. So I was all over that.

The lead girl/cop girl---she was sweet. Her cuteness was so endearing. The actress has a funny face. Her nose features are comical at times, with a weird (large nose) and funny lips. But put together she's really pretty and it makes her crazy cute. I adored her. LOL

Lead guy/physicist---very attractive. Austere but he was one of the other problems I had on the show. I wanted him to do three things. He needed to get from under his parents control. He's a grown ass man, he should be living in his own space if he loves the girl. He should be more protective of his girl. I recognized that Asian men tend to follow the laws of the parents, but really now. He's in his 30s, if he cares he can stand up for her a bit. He didn't lift a finger...but followed orders. His ridiculous behavior when he ran off. He's a physicist and has responsibilities he needs to stand his ground and fight. Basically I found him weak and as much of a snob as his family. It was irritating. I loved cop girls adamant response to protect herself and reject him.

But she was weakened by love... It's too be expected I guess. Anyway...I do recommend this. It may be 25 long eps, but their entertaining and funny. I watched it straight through and that is rare for me---I'm known for being picky. So if I could do this show and enjoy it, I think others can. I discovered as well that Cantonese is not as irritating as I always thought it was.