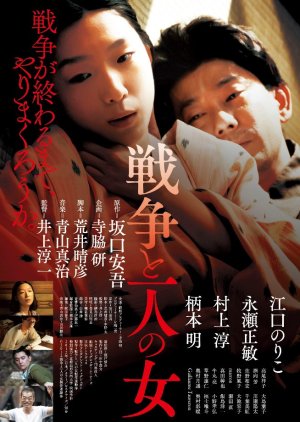 Set towards the end of World War II, Nomura (Masatoshi Nagase) is a writer who is in despair. A woman works in bar and is a former prostitute. Many years ago, her father sold her to a brothel due to the family's severe financial hardships. The writer and the woman then agree to live as husband and wife until the war ends. The woman doesn't feel sexual pleasures due to her past, while the man lusts for the woman's body. Meanwhile, Ohira (Jun Murakami) fought for Japan in China. He participated in unconscionable acts against civilians in the name of war. He returns to Japan with only one arm. Ohira then begins to prey on innocent women. ~The character of Ohira is based on Yoshio Kodaira, a convicted rapist and serial killer. Edit Translation 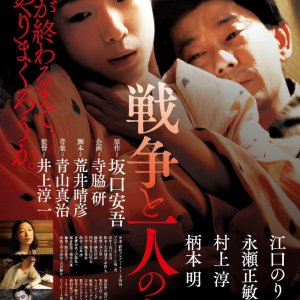 It all boils down to "If you kill in war, you're still a criminal."

The men who were ordered by their superiors and the country to rape, torture and kill innocent civilians in China (all in the name of the country!) returned like zombies and continued to loot and rape their citizens because they could not differentiate anymore between the reality and war-zone. And how could they? The country turned them into monsters and they could never be normal human beings again.

In this movie we get two stories - one is of a nameless woman (and she is probably nameless on purpose - to show that she was just one more victim in the sea of others) and the other is of Ohira, a war veteran who fought proudly for his country, killed, raped and now returned to his family a hero - but still continued to rape and kill, this time Japanese women. Their stories intertwine and show how both those who stayed home and went to war ended up victims. Nobody could escape the war but the biggest victims were the innocent civilians.

Very tragic and heart-breaking. Everyone is a victim in war. I hope the world will never have to experience anything like this again. It just proves that humans are the cruelest and self-destructing animals ever.

Completed
mecchaumai
2 people found this review helpful
Other reviews by this user
0
Jul 13, 2018
Completed 0
Overall 4.5
Story 3.5
Acting/Cast 6.5
Music 6.0
Rewatch Value 1.0
I could see where this movie was getting at.

The characters were fairly interesting but I would have liked something more from it, although that would have been a different movie entirely.

One more thing, the sound levels on this movie absolutely SUCK! I am a little hard of hearing so I have to have it pretty loud anyway, there are scenes where the talking was pretty muffled and quiet, so I'd turn it up, and then the next minute, without notice, would be a really loud sex scene. I wonder what the neighbours thought of me.

Eh, I'd skip it and look for other films about the period, I like how it shows a different perspective from the norm, but for me it was too much (and I don't usually mind if it's for plot)