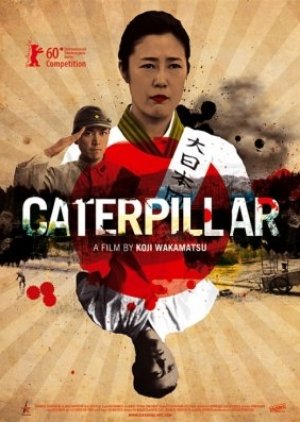 The movie is set in the late 1930s, during the Second Sino-Japanese War, based on a banned short story by writer Edogawa Rampo. In the first scene, Lieutenant Kurokawa scourges, rapes and disembowels Chinese people during the war. Later, he returns home as a war hero, but with a horribly mutilated body. He is alive but reduced to a torso (no limbs), deaf and mute, with burns covering half of his face, but with three medals on his chest. Despite his condition, he is still constantly eager for sex, imposed on his wife, who is repelled by him, but who nevertheless feels a duty to take care of him. Edit Translation 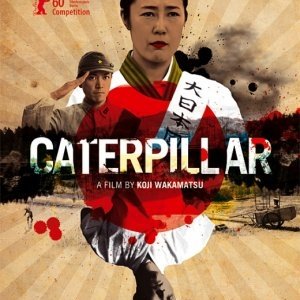 Completed
AmandaMarta
7 people found this review helpful
Other reviews by this user
0
Jul 25, 2013
Completed 0
Overall 8.0
Story 9.0
Acting/Cast 10
Music 7.0
Rewatch Value 7.0
Leave no stone unturned. I'm glad that I didn't it! Another jem in my books. Who knew this film was nominated for best actress and best screenplay? Based off a banned short story, this film takes a serious, clear, hard anti-war stance with its various issues including war crimes, handicapped veterans, and spousal abuse during the Second Sino-Japanese War and WWII. Questions arouses throughout the film. Similar to this, is this Lieutenant that other proclaim a "god of war"? Or a war crime offender who brutally rapes his victims, dismember body parts, rampaging, pillaging, and killing bring one honor of glory? And many more. Not only this offender suffers, his wife suffers the most in order to keep up the dutiful wife expectations of the Japanese society.

This film mainly focuses on the hardships of Japanese women during war and the pressures placed by society that they must endure. The true message to this plot is that war does not create heroes, but more or less, victims.

**Warning** This film involves many sex scenes, and uncomfortable images. This is more geared towards a mature audience.

Shigeko Kurokawa fabulously puts on a brave performance of the husband's wife who was nominated and also won awards in result. As well, Tadashi Kurokawa's portrayal of his character is genuinely moving.

Caterpillar's hard messages and out of this world acting will take a toll on you even after the credits of the film. I strongly recommend this to those who are mature enough to withstand the sex scenes and gain a deep understanding on the issues that lie in layers.

Completed
Ceki
2 people found this review helpful
Other reviews by this user
0
Jan 24, 2018
Completed 0
Overall 9.0
Story 10
Acting/Cast 10
Music 9.5
Rewatch Value 5.5
I've been thinking for some time what to write about this film but the words elude me. It's a masterpiece, and it is always difficult to cut it short because there's so much to say about it.
First let me tell you that this film is not for the faint of the heart, it is the criticism of Japanese militarism and propaganda and we all know that the Japanese did the worst war crimes during the World War II in Asia. They sent young men to the war and encouraged them to rape and torture and then they returned to their families like zombies and monsters, unable to differentiate between the war-zone and peacetime.

Yes, the graphic scenes are terrible, but what will hit you hard is the fact that all those things happened and there were many men like Kurokawa who were the product of their country's patriarchy and imperialism. We soon learn that Kyuzo is not a nice guy, before he went to war he had physically abused his wife on a daily basis for not being able to give him a son. In war, he raped and tortured people and then when he returned home as a war hero (but with horrible injuries) he was still an asshole - demanding of his wife to give him sex and her portions of food. However, he was still a victim - a brainwashed peasant

Shinobu Terajima's performance of a wife torn between her duty and disgust is magnificent. She is aware of the absurdity of her husband's state (he is reduced to a caterpillar metaphorically) but she can't just run away because everyone in the village expect her to play a dutiful wife even now. It is interesting to note how Kyuzo's father and sister were repulsed by him at the beginning of the movie and couldn't wait to leave so his wife could take care of him. All those gold medals Kyuzo received for his war "heroism" were basically nothing. Even he soon realizes that and starts refusing to look at them; a series of flashbacks from the time he raped and killed all those people drive him crazy which will lead to the tragic conclusion.

If you look past the graphic scenes you will understand the parallels between brainwashed youth and the reality of war. This film is after all the demystification of the glorification of war - there is no glory in killing, raping and torturing for your country. Everyone is a victim and the innocent civilians are the biggest victims of all.

New Topic
Be the first to create a discussion for Caterpillar