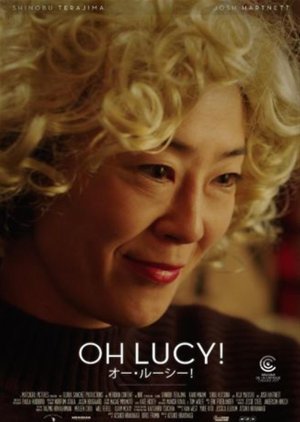 Setsuko is a single 43-year-old office worker who spends her days feeling unfulfilled. She gets interested in an English language class taught by an American teacher named John, and she gradually develops feelings for him. (Source: JFDB) ~~ A co-production with U.S.A. Edit Translation 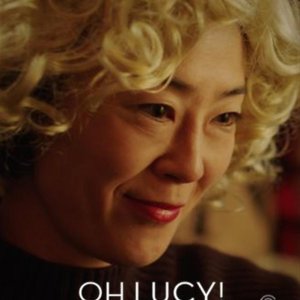 Completed
RinouMokao
2 people found this review helpful
Other reviews by this user
0
Feb 17, 2018
Completed 0
Overall 8.0
Story 7.5
Acting/Cast 10
Music 6.0
Rewatch Value 9.0
So I went to the cinema to see this film with no idea of what it was, and I wasn't disappointed.

The story is very surprising and you could say that a weird film, but honestly it worth it. The relation between the characters is really interesting and you can really feel that all of them have their story and have a life before the movie even started.
Also I liked thet fact that roles are kinda reversed: we often get to see foreigners being lost in Japan, trying to speak Japanese when no Japanese understand what they say etc, but here the situation is the contrary, the Japanese characters are lost in the US.

All the actors are really talented, I read that most of them could relate at a personnal level to the characters' stories so it makes the whole movie way more realistic, and the problematic that are shown (suicide, dispute between families, financial problems, ...) are really touching.

I won't say that it was the best film I've never seen, or that I'll absolutly wtach it again (I've put a rewatch value rate cause I had to, but I haven't rewatch it), but it was really interesting and I'm really curious to see Hirayanagi Atsuko's next films.

Also the French poster was very beautiful, that what attracted me at first ha ha

Completed
Senpai
0 people found this review helpful
Other reviews by this user
0
Dec 16, 2018
Completed 0
Overall 7.0
Story 7.5
Acting/Cast 8.0
Music 7.5
Rewatch Value 6.5
Oh Lucy! The title sounds funny, the first scenes when a middle-aged Japanese girl takes English classes are, however not only a comedy film is made, it takes solid and well-developed story and yet, "Oh Lucy!" It's more than the Culture Clash comedy initially suggested. The story of a self-seeking is especially compelling in times of silence when discovering and experiencing identity is liberating and deeply saddened in an inspiring movie with beautiful scenes and a present cast that give form and life attached a reasonable soundtrack of music classical conformation.

New Topic
Be the first to create a discussion for Oh Lucy!