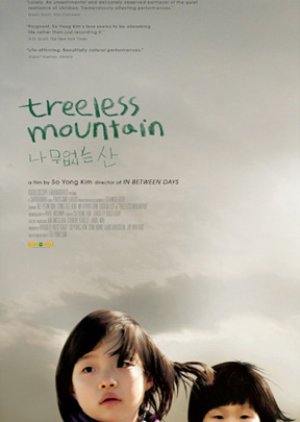 Jin is a bright young girl who lives with her mother and younger sister, Bin. She does well in school but is sometimes distracted from her family duties and occasionally wets the bed. One day she comes home to discover people removing the furniture from the family apartment. Her mother takes her and Bin to stay with "Big Aunt", presumably the girls' father's sister, who lives outside the city. The girls mother leaves them a piggy bank and tells them that their aunt will give them change for their good behavior, and when it is full she will come back. Edit Translation 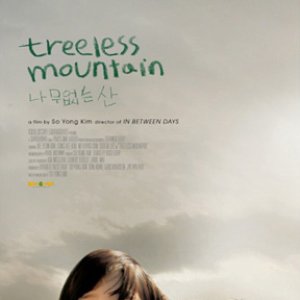 Completed
Mazza
2 people found this review helpful
Other reviews by this user
0
Sep 19, 2012
Completed 0
Overall 7.0
Story 8.0
Acting/Cast 10
Music 7.0
Rewatch Value 6.0
Treeless Mountain is a tough film to watch as it is quiet and moves slowly. There is no soundtrack, but the lack of music adds a sense of rawness of the story. However, while the absence of music helps the viewer develop an honest connection to the characters, I think the film also could have benefited from occasional music to increase emotional impact and watchability.

The story is bittersweet and (modestly) powerful, and it left me feeling both hopeful and sad. The best parts of the film are probably the performances of the two little girls. The girls were very natural, making me feel like I was simply observing the children's journey through life. I also loved the cinematography. Some scenes were so beautiful that I can still remember them vividly a few years after seeing the film.

There were so many parts of this film that I loved, but because the slow pacing makes it a little difficult to sit through, I leave an overall rating of 7 ('good').