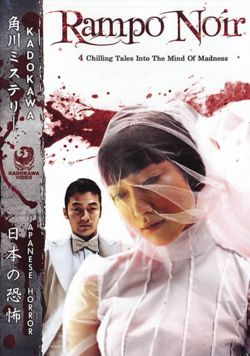 This horror anthology takes its cue from the short fiction of writer Taro Hirai, better known by his nomme du plume Edogawa Rampo - wordplay on the name of legendary writer Edgar Allan Poe. Acclaimed MV director Takeuchi Suguru begins proceedings with Mars Canal, which sees a naked man (Asano Tadanobu) collapse at the edge of a lake that descends, seemingly into the bowels of hell itself. This segment is used to effectively tie together the three main narrative segments of the film. Mirror Hell, directed by Jissoji Akio, sees a detective (Asano again) following a trail of beautiful female corpses back to a mad mirror maker. The Caterpillar (by Sato Hisayasu) sees a limbless war veteran return home only to be systematically abused by his wife. And in Crawling Bugs, by manga artist Kaneko Atsushi, a chauffeur (Asano yet again) becomes obsessed with his actress employer. [Asianmediawiki] Edit Translation 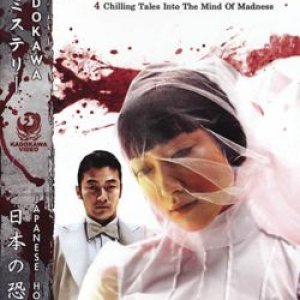 Completed
THATCRAZYOTAKU
3 people found this review helpful
Other reviews by this user
0
Jul 29, 2013
Completed 0
Overall 6.0
Story 6.0
Acting/Cast 8.0
Music 6.0
Rewatch Value 6.0
This is the most bizarre movie I've watched thus far. This movie was definitely disturbing. All the short stories, each one of them were quite insane. There are 4 shorts in this movie: Mars Canal, Mirror Hell, Naked Blood aka Caterpillar, and Crawling Bugs. These shorts included (themes of torture, mirrors, obsession, love, bugs, and decomposing bodies). It was shot very well and it was artsy in many ways.

What really shocked me was the role of Narimiya Hiroki in this movie. His role in the short Mirror Hell was definitely eccentric. I wonder what he was thinking when he read the script and decided to take up the role. And he really did do a great job playing it.

This movie is based on novels by Edogawa Rampo. From my research on him, he has the most bizarre novels and most of them are banned in Japan. Most of the are quite graphic and horrific in nature which explains the contents of these shorts.

It has:
Mature content. Nudity. Disturbing images. Eccentric plot.
I don't recommend anyone under 18 to watch this movie.

DVDs I Own
88 titles