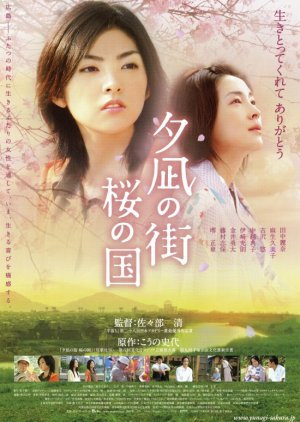 "Thirteen years afterward, I wonder if those who bombed Hiroshima are looking at me and saying: 'We did it! We were able to kill another person!' They should be," murmurs Minami (played by Kumiko Aso), one of the two leading female characters in Yunagi no Machi, Sakura no Kuni, as she lies dying in 1958, her life brought to a premature end by sickness resulting from her exposure to atomic bomb radiation. This is a story about those who at least initially survived the first U.S. atomic bombing of 1945 and their descendants in contemporary times. The film, based on a comic by Fumiyo Kono, jumps between the two time frames and quietly depicts the sorrow and mortification experienced through the everyday lives of laid-back and soft-spoken Hiroshima people. Only a few scenes of the bombing and the ensuing devastation are featured. Nanami (Rena Tanaka), the leading female character in the contemporary part of the film, is the daughter of Minami's brother, Asahi (Masaaki Sakai), who had evacuated to Ibaraki Prefecture when Hiroshima was bombed. An ordinary 28-year-old, Nanami has no idea about her dad's past or the existence of her late aunts, but she finds out about them when she follows her father to Hiroshima one day, suspicious of his unusual behavior. (http://asianmediawiki.com/Yunagi_City,_Sakura_Country) Edit Translation 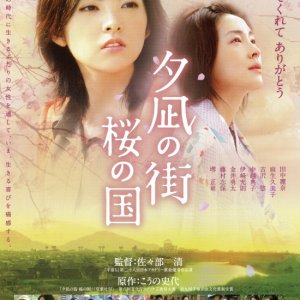 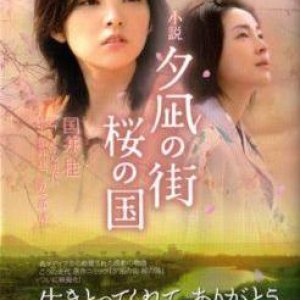 New Topic
Be the first to create a discussion for Yunagi City, Sakura Country