Club Friday The Series Season 5: Secret of a Heart That Doesn't Exist (2015) 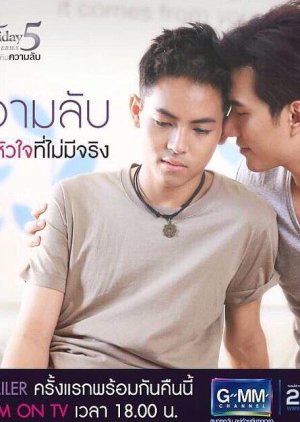 The story is about Boss and the self-discovery of his burgeoning homosexuality, how he dealt with the various people that entered and exited his life, including members of his family. This drama also chronicles Boss' first same-sex relationship with Win, whom he met online and later on had a long-distance affair with. Boss struggles to cling on to this relationship as he also tries to deal with his sick mother, his cheating father and his useless siblings. Edit Translation 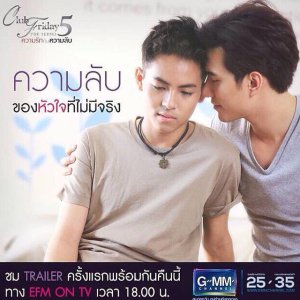 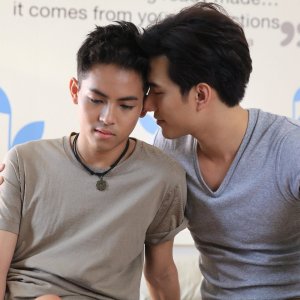 Completed
Tanky Toon
1 people found this review helpful
Other reviews by this user
0
Jul 26, 2018
4 of 4 episodes seen
Completed 0
Overall 7.0
Story 7.0
Acting/Cast 9.0
Music 6.0
Rewatch Value 5.0
Story: This drama focuses more on Boss than on the romantic relationship between him and Win. It shows how Boss struggles with his feelings throughout his high school days into adulthood, whether it's a one-sided relationship, unrequited love, or a brief wind of romance. I liked also the dynamic between Boss and his mother in particular, about how they truly care for each other.

Acting: Pchy, from Love of Siam, delivers the role of Boss to the T. He plays with such a range of emotion from happiness of his first love and to the sadness of his mother's illness. The actor who plays Win, however, is bland. I believed the Pchy carried the role and made the story more believable as we see him going through the struggle of getting his family to accept his lifestyle choices.

Music: Nothing worthwhile to note

Re-watch value: If only to see Pchy's acting maybe, but otherwise, not really.

New Topic
Be the first to create a discussion for Club Friday The Series Season 5: Secret of a Heart That Doesn't Exist