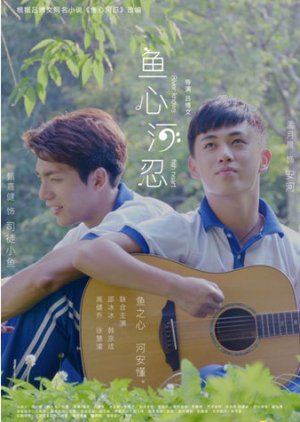 This is the story of two school boys who are aspiring musicians, meeting by fluke and falling in love along the way to a music competition. An He (Chinese name translates to "River") is a musical genius who is experiencing writer's block. Xiao Yu (translates to "Little Fish" in Chinese) is a rich kid who runs away from home. Both have their own challenges in school and in life. Will they be able to overcome their own insecurities and achieve their dreams? Edit Translation 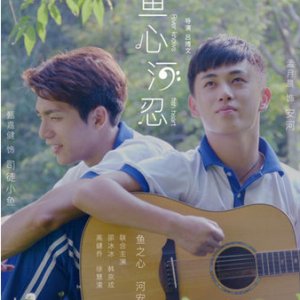 Completed
Tanky Toon
3 people found this review helpful
Other reviews by this user
0
Jul 18, 2018
Completed 0
Overall 8.5
Story 9.0
Acting/Cast 8.0
Music 8.0
Rewatch Value 8.0
This is easily one of my favorite BL-themed movies that come from China. It was not rapey, it had some skinship and it did not end abruptly
unlike some other movies or dramas coming from this country.

Story-wise, I liked the simplicity of the plot: two boys who are lost in their own way and finding each other and making good music.
There were quite a few adorable moments between the two, some flirting banter, push-pull-relationship.

Acting-wise, there is nothing to write home about, but the cast were quite decent for relatively new-comers.

Music: It was poignant as it is used to reflect the moods of the characters and their feelings.

Re-watch Value: I would watch it again since it was an easy watch.

Considering that this was an online web movie without the trappings of a big budget production,
I did not go in watching with a huge expectation, and I was pleasantly surprised at how fluid the story was,
maybe except towards the end (which I won't spoil)...that I wish there was more to it.
This made me yearn for a sequel, which is really not a bad thing.