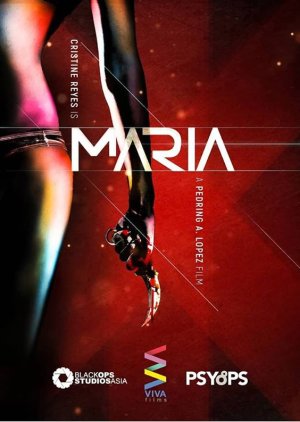 When a former BlackRose cartel assassin deliberately betrays them by refusing to complete her mission, the cartel orders her execution. Unbeknownst to them, she fakes her own death and is able to create a new life of her own. When the cartel discovers she is alive, the hunter becomes the hunted as she fights to get revenge on those who took her new life away from her.(Source: Black Ops Studios Asia) Edit Translation 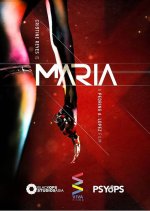 Completed
Herman
1 people found this review helpful
Other reviews by this user
2
May 17, 2019
Completed 2
Overall 6.5
Story 6.0
Acting/Cast 7.0
Music 7.0
Rewatch Value 6.0
I'll start out with a content warning... this is an action movie and shows lots of blood and torture. A lot of times it's super fake (wait where did that blood come from), but it could be very disturbing for some.
There is a also a shower scene with the main character that really doesn't hide much and lots of swearing (in English mostly).

Story (6.0):
Okay, the story is pretty simple. Girl was assassin, girl retires (pretends she's dead). Gang boss's son sees her and messes with her family. Girl goes on revenge spree to kill the son.
That's all it is and I'm not saying that's bad. In fact, if any of you have seen John Wick, you can tell from the way I worded it that the basic plot is a lot like that story. It could even be argued that the plot for Maria has a better emotional pull than the plot for John Wick.
However, where John Wick shines is clearly the action sequences and this film can't hold a candle to it. I'm not saying the action sequences are bad, and they have some good use of Filipino Martial Arts, but they're obviously staged and don't feel real compared to the brutal quality and obvious training from John Wick (all of the John Wick series).

Acting/Cast (7.0):
The acting is fairly good, mostly from the main character. A lot of the rest had pretty cheesy lines they had to deliver and I was impressed with how well they pulled off those cheesy lines. Still, cheesy is cheesy lol.

Music (7.0):
There were a lot of epic songs played in this, but I didn't think they did a good job of going with one as a highlight for an awesome sequence. It felt like the music faded out too quickly. But the tracks weren't bad.

Rewatch Value (7.0):
I honestly probably won't rewatch this anytime soon because I know much better action movies (e.g. John Wick, The Villainess), but this is one of the most watchable Filipino movies I've seen and I think has a new level of quality I've never seen in them before.

Overall (6.5):
For me personally, the hilarity of random blood squirts (e.g. bat to the upper back, neck explodes) and a bit of woodenness in the otherwise pretty well choreographed fight sequences combined with some cheesy dialog kept throwing me out of the story and reduced the amount of fun I had. But it's still a pretty good action movie and if you think you can turn your brain off, I recommend it.

Completed
Senpai
1 people found this review helpful
Other reviews by this user
0
Aug 5, 2019
Completed 0
Overall 7.0
Story 7.5
Acting/Cast 9.0
Music 7.0
Rewatch Value 7.0
Maria (Cristine Reyes) leads a happy life with her husband and their daughter. Or at least it led. Because one day Kabel (Germaine De Leon) becomes aware of her, son of the dreaded criminal boss Ricardo de la Vega (Freddie Webb).
"Maria" tells the story of a hired killer in his past. The content is not worth mentioning, nor the numbers. On the other hand, you can already watch the Philippine action movie for the fights. Although lead actress Cristine Reyes only partially reduces a good number, there is a surprisingly high brutality factor.

New Topic
Be the first to create a discussion for Maria