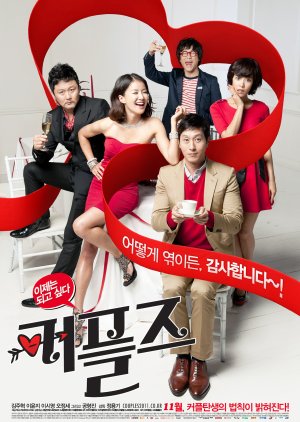 Yoo Suk looks for a girlfriend who disappeared. Ae Yeon has a fake diamond which her ex-boyfriend gave to her. Ae Yeon was dumped by her ex boyfriend. Byung Chan does not believe in love. Bok Nam is in love with a friend of a friend. Edit Translation 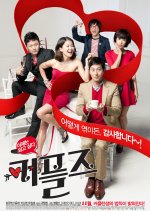 Completed
Nana87
9 people found this review helpful
Other reviews by this user
0
Apr 27, 2013
Completed 0
Overall 7.0
Story 8.0
Acting/Cast 9.0
Music 6.0
Rewatch Value 7.0
Wasn't sure about watching this movie but decided to give it a try for Lee Si Young.

A fun love story about 5 people whose lives are connected by either fate or coincedence leading to a series of events. This is one of the movies you have to finish watching to understand the whole story. Wouldn't say it was one of the best I've seen but I did enjoy watching it.

Looking for a fun/cute/light movie then this is the one for you.
Was this review helpful to you?

Completed
silent_whispers
1 people found this review helpful
Other reviews by this user
0
Jul 1, 2015
Completed 0
Overall 6.0
Story 7.0
Acting/Cast 7.0
Music 4.0
Rewatch Value 5.0
Couples did not immediately capture my attention. It took quite a while, and at first it just seemed sloppy. Until about the 40 min to 50 min mark. When it hit! It was super clever!

It's clear the writers wanted to create something different, to maybe show that it's not fate. Instead perhaps human connections that act as fate. Who knows? The problem is that up until that 50 min mark Couples was really dull. At no point did I actually feel connected to the characters. The setup was so flat that none of those connections were made. So when it was time for the big reveal and for everything to come together I had fun. Yes. But the emotional connection to the characters dulled it. Plus, the execution was done so late that it took away from the "big twist".

The actors did a good job, but nothing really stood out. They weren't bad, but there just wasn't a lot to work with here. Though a certain "private eye" did stand out, and he was my favorite character!

Overall I had a fun time. While the humor was really spotty for me it still made me laugh. Even without the connection to the characters I enjoyed it. Sadly it wasn't the pay off I had been hoping for. The biggest problem is that I did spend so much of the movie bored. So when it finally switched off of the "main couple" I was so happy! The sad truth is that after the 40 min mark is when Couples get goods, and it's the only thing that saved this movie. In the end it's a fun filler piece and I think it's unique aspects are definitely worth checking out. Any movie fan will enjoy the ambition that the writers envisioned for Couples.

If you're looking for it Hulu has it streaming off and on.

New Topic
Be the first to create a discussion for Couples