Let Me Understand Your Language (2019) 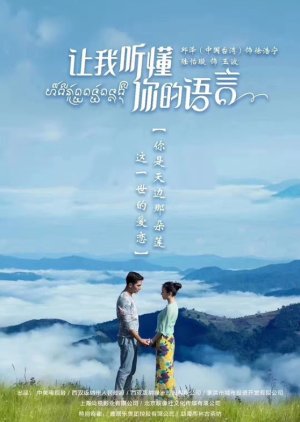 A story that follows a man who discovers a new way of living after he falls in love with a Dai girl and its people. From the moment he fell in love with Yu Bo, Xu Haoran grew to appreciate the Dai people's culture, their positivity and their philosophy towards nature and towards life. He starts to pour his passion and focus towards protecting the rainforest and the animals. Not one to be confined, Xu Haoran never expected to fall for a Dai girl and he never imagined that falling in love would be so hard. Yu Bo has just drank the cross-cupped wine with Yan Long, a man from her tribe who has been pursuing her. His girlfriend Han Wenwen is unwilling to accept that she has lost in love. Moreover, Yu Bo's aunt turns out to be the woman that his father abandoned a long time ago. Even as he finds solutions for his problems, it is said that to love is easy but to stay together is difficult. Will he overcome the challenges to be with the woman that he loves? (Source: ChineseDrama.info) Edit Translation 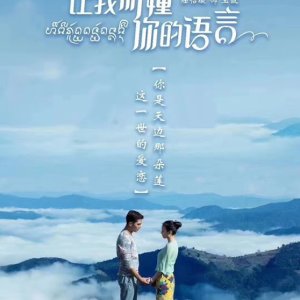 This drama has not been discovered and watched by many. What a pity! It is a wonderful drama and I'm glad I found it and wanted to watch it. The scenery of the Yunnan region is simply breath-taking -- so natural and so beautiful. The minority group living there, the Dai, is one of the most beautiful people with beautiful costumes, graceful culture and traditions. People, together with the scenery, make the setting of this drama out of this world.

The Dai people are very spiritual people. They live with nature. They are contented. They love life. And most importantly, they are grateful for what they have.

I love the simplicity of life living in the rural areas. No traffic, no smog, no noises, no high rises. You're surrounded by fresh air and trees. Nature abounds and time stands still. One really doesn't need a lot of money to live a meaningful life. If not for the story, one can still enjoy watching this drama for the beautiful scenery, exotic minority people, and most of all, the cultivation of tea. I hope more viewers discover this wonderful drama like I did, and decide to give it a try.

All the main actors are new to me. The male lead, Xu Hao Ning played by Roy Chiu, is one of those wealthy princelings living in Shanghai. He is also a doctor. But despite his wealth, he is lost. He is spoiled and doesn’t take responsibility seriously, but he has a kind heart. Roy Chiu is amazingly handsome. So good looking that he may melt many hearts with his wonderful acting skills. He convinces me that he is really Xu Hao Ning, the character he portrays.

Lu Kira, the female lead, has a quiet and unpretentious persona, perfect for her role as the Dai ethnic Yu Bo who is shy and timid. Her beauty and acting skills simply fit into the portrayal of an ethnic girl living in a tucked-away community, far away from the cities.

The love story between the two is seemingly doomed from the beginning as both have come from totally different backgrounds. They don’t seem to have anything in common. Their value systems are totally different and may even be opposite; they know very little about each other’s values. They fall in love at first sight which seems frivolous; their relationship seems like a fantasy and a spur-of-the-moment. Any yet, with their deep love for each other, they are willing to learn and make sacrifices for each other.

The predicaments faced by these two lovers are actually what we are facing ourselves in our own life. If we stop and think for awhile and ask ourselves this question - what do we want in life? Religions tend to tell people to stop asking such question as God has already planned everything out for us. But for non-believers, this is a real question. The searching and discovery is really a process we all should do, just like Xu Hao Ning and Yu Bo do.

The story also touches on a current sensitive issue about development, something many governments are facing. Should a government allocate funds to develop a seemingly poor and backward area, and bring its residents out of poverty? What seems like a noble intention may not end up as the best choice - many communities suffer the so-called development; they get exploited, their culture, traditions and way-of-life lost. However, if a government does nothing and let the communities live as they do for probably as long as they have existed, the government is being criticized as unfair and uncaring. This situation really echoes what we are seeing in China at the Xizhang and Xinjiang areas; when the government tries to improve the areas, they are being seen as trying to take away the identify of the people by the conservatives; when they leave the areas alone, they are being seen as ignoring the needs of the people by the liberals and progressives. Either way, they will be criticized. Striking a balance perhaps is the hardest thing to do.

Then we have to ask the question - what is development? Is it to make more money and have a "better" lifestyle, or is it to conserve one's culture, tradition and way of life for the future generations? This is a difficult question to answer. No matter what, this drama has brought up all these questions and let viewers to ponder and search our souls.

A lovely romantic story - a true gem waiting to be discovered.