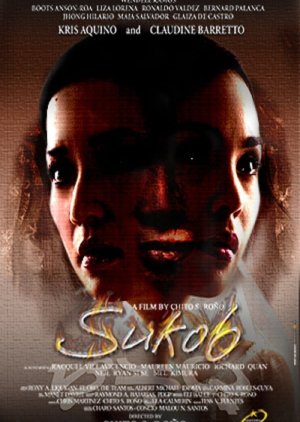 Sandy and Phil, both Overseas Workers in Dubai, are busy preparing for their wedding. Upon reaching her home, Sandy learns from her mother, Daisy, what happened to her friend, Helen. A short time after Helen's father died, Helen proceeded with her wedding. A few weeks after the wedding, Helen's husband dies in a plane crash. As Helen goes to the crash site, she dies in a bus accident. A few weeks later, Helen's mother suddenly disappears inside her house. Their bodies have never been recovered. Sandy proceeds with her own wedding. During the ceremony, she suffers from nosebleed and starts seeing glimpses of a ghostly flower girl. (Source: TMDb) Edit Translation 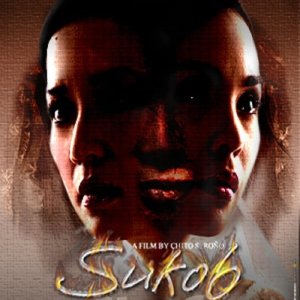 Sukob follows two women who get married only to find that a curse follows them, causing people in their lives to come to a tragic end or to simply disappear.

Sukob had a very good opening, including being one of the first horror films to jump scare me in about… 5 months? But after a promising first 20 minutes this film just… starts going downhill. This film becomes bland, not something desperately keeping your interest but just enough to keep it on whilst doing something else. I ended up doing laundry and cleaning my living room as I watched this, not really wanting to pay attention to it, but also not really wanting to turn it off either – one of those average films.

I didn’t really like any of the characters; they all felt boring and pretty underdeveloped. There wasn’t any character I wanted to see survive the film, or do well for themselves in anyway, and the cast didn’t really feel like they were giving it their all either.

I can’t remember how this film ended, if things were resolved, I’m pretty sure I forgot the entire last thirty minutes of the film – and I definitely watched it to the end credits. With the plot? Forgetting an entire quarter of the film doesn’t exactly bother me, either – I won’t be losing sleep over the fact I can’t remember that one defining plot point.

This started off a decent 6, maybe even 7, out of 10 film, but slowly drifted down into nothing but a 4 and with little to hold it from dropping lower. I won't be checking out the director's other works, either, not with this being the first film I was introduced to him with.