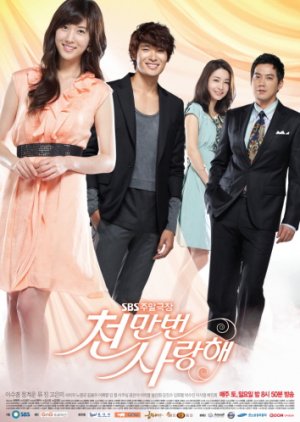 Baek Sae Hoon and his wife, Lee Sun Young, desperately try to conceive a child but are unsuccessful. Sae Hoon's mother goes to Sun Young and asks that she consider surrogacy as a way of conceiving a child without Sae Hoon's knowledge. This is where Go Eun Nim comes in. She is their surrogate mother carrying their child but things become complicated when she later falls in love with Sae Hoon's younger brother, Kang Ho. Edit Translation 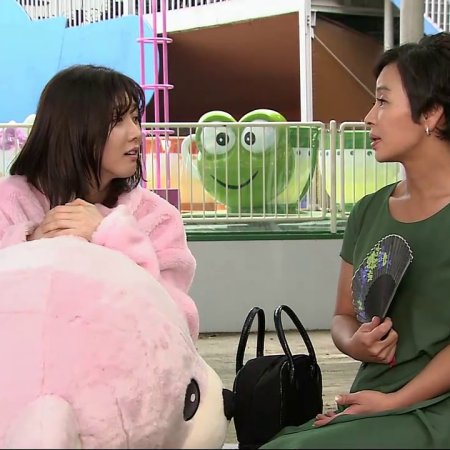 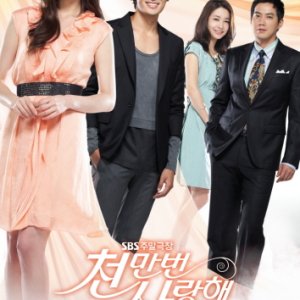 Completed
PrettyCarEye
35 people found this review helpful
Other reviews by this user
2
Dec 29, 2012
55 of 55 episodes seen
Completed 2
Overall 4.0
Story 5.0
Acting/Cast 7.0
Music 5.0
Rewatch Value 3.0
If, like me, you've never personally identified as a feminist this drama will certainly bring out that crazy, bra-burning person in you. I guarantee it.

The best way to describe this show is that it's a 19th century period drama playing dress up in modern 21st century clothing. I mean you had 40 yr old virgins who had never kissed a man (and the very thought that she would do so with a man she isn't married to was a form of high treason), women being referred to as maidens (or whores), women so conservative they balk at the idea of wearing lingerie because it's too revealing (even in the marriage bed with your newly-wedded husband) and on and on and on. Several times I had to stop my viewing to double check the date this was released. I was shocked every time. It was indeed 2009 ... a mere 4 yrs ago.

Gender roles were extremely pronounced, and some of the messages preached to women were quite infuriating & incredible. I have nothing against gender roles in and of itself. Heck, when I have a mind for it I wash, cook, clean & iron for my Yobo too. Nothing is wrong with traditional gender roles as long as its right for those involved. What I had a problem with was how this drama dealt with serious issues such as infidelity and divorce. As a woman, I was greatly offended by a lot of its preachings in this regard.

I decided to watch the show because I thought it dealt with a mature, interesting topic, but how the story played out was a disappointment. The beginning and end were a grievance, both being terribly melodramatic with particularly bad, exaggerated acting from some of the older cast members. Instead of being touched I mostly heaved a sigh and rolled my eyes during these parts, if I didn't skip them all together.

The middle was okay for the most part, but again this too was ruined by a heroine who was as interesting as a wet noodle. This woman went through 55 episodes with a horrible woe-is-me, defeatist attitude that made me want to reach into the show and chuck her off into the Han River myself. Not only that, her ENTIRE behaviour defies logic. I can suspend belief when the circumstances call for it, but there was no earthly reason under the sun for this woman to behave the way she did 9/10 times.

She had NO backbone whatsoever, she bent over this way & that to please all the wrong people, she treated a perfectly good man who worshiped the ground she walked on like dog crap, her first instinct when life threw her a curve ball was to crawl into a hole & die OR hide her problems from those who can help her and lie, lie, lie to cover it up. I mean why on earth would someone lie when the truth works better in their favour? Moveover, why on earth are we born into this world with a family, why do we spend most of our lives trying to find a partner who will love us if not to depend on them in our times of need? How am I to root for a character who gives up without even trying? Who has no fighting spirit? Moreover, I can count on one hand the number of times this woman smiled for 55 episodes of this dratted drama.

On the other hand ... in complete contrast to her, you had a hero who has a great personality and an optimistic outlook on life. He's a modern man who takes charge of his own life & doesn't bow to every wish & demand of his elders. He loved his family & showed them respect as any filial child would, but he made the final decision about what course of action to take regarding his life. But most of all he was the type of man every good woman deserves, but a man like Kang Ho was wasted on a woman like Eun Nim. I have NO idea what he saw in her or why he loved her so much. He was everything Eun Nim should have been, but wasn't. I'm pretty sure if the elders told that woman to cut her own throat she'd do it without question.

By the end of the show I really didn't give a damn whether she lived or died. There were moments involving her when I should have been moved, but I just snickered. I wanted her to go hang herself and leave Kang Ho to find a woman who could face life with him head on, guns blazing. I felt pretty convinced she & he were incompatible and that in the long haul their relationship would not last. This is the first time in my life that I, perhaps the biggest romance junkie ever, did not want the main couple ending up together.

The secondary story arcs were good. I enjoyed them a lot more than main story line. They were also well cast, though horribly acted by the older cast members who had a tendency to exaggerate and overact. Furthermore, I can't conclude this review without expressing my complete & utter disdain for Kang Ho's hyung Sae Hun. He had a beautiful wife who loved him & yet he was insensitive and cruel toward her for more than 3/4 of the show & not once did I hear him apologise. It seems as though he was considerate of everyone else's feelings but hers, and would resort to despicable means to get his own way. I pity Seon Young for the long life she has to look forward to with this prick.

All the other characters were flawed and very human. I fluctuated between liking them and hating them, but mostly liking them. This is a good thing because it's probably the only good thing this drama had going for it. The characters, except Eun Nim, were all very well crafted. Many of them felt so real you're bound to see a personality you've encountered before in your own life. You had grown adults acting like big babies; neglectful, high-strung parents; selfish, lazy primadonnas; territorial children and the list goes on. I liked it. This, however, is not unusual for Korean (Asian) dramas -- most of them excel at crafting characters we can relate to so this doesn't win LYATT any points, as far as I'm concerned.

Overall, I mostly disliked this drama. Sadly. It had a reasonably good story, but for such a long drama an engaging lead character you can root for is paramount to its success. The drama failed for me due to an heroine I had difficulty identifying with. She was weak, unlikable & her behaviour was ridiculous & illogical. Moreover, the drama created a mountain out of a mole hill about things that had very straightforward and simple solutions, even a baby could figure it out ... but I guess that's melodramas for you.

It would be unconscionable of me to recommend any reasonably intelligent person to invest 55hrs of their life to watch this drama. It's not all bad, there were some good scenes, a bit of comedy here and there & some characters that will make you smile, but that constitutes only 10%. Therefore, the investment isn't worth it. And for heaven's sake if you're a feminist stay the hell away from this drama. Watch Ojakgyo Brothers instead if you're in the mood for a good family drama with likable leads and a heroine who acts like a normal human being & has gumption. Trust me, you'll be saving yourself a major spike in blood pressure.

Completed
JADE1300
1 people found this review helpful
Other reviews by this user
0
Nov 12, 2015
55 of 55 episodes seen
Completed 0
Overall 9.0
Story 9.0
Acting/Cast 10
Music 5.0
Rewatch Value 8.0
Although this drama was done in the early days, 6 years ago, I still enjoyed it. Actually I found quite a few of the old classics really fun to watch.

I was initially weary of going thru 55 chapters, the drama was good and did not drag so the chapters breezed by. Like the classic older Korean dramas, this had all the trimmings, Martyr daughter-in laws, evil mother-in-laws, poor girl marry into rich chaebol family and suffers in silence, etc... you get the picture. The poor girl who was the main character had the heart of an angel, kind, hard working, filial, and then of course the worst things always happen to her to the point you are wondering why is god (or the writers) doing this to her??? The redeeming part of the drama, however, is her gorgeous and equally kind hearted boyfriend later husband. I really fell in love with him.

What I liked about this drama was it showed good side and bad side of all the characters. The person(s) you thought you would hate to the very end of the drama, you will kind of forgive in the end. It shows that we are all human, capable of extreme selfishness, of mistakes, of change and also kindness.

I thorough enjoyed this drama and would re-watch it again in the future.