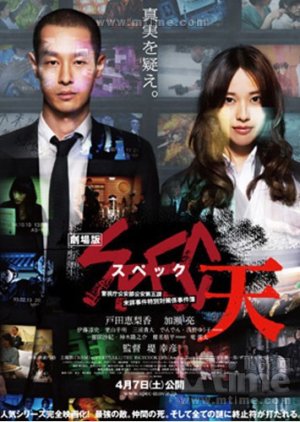 A mystery occurs when bodies are found on a cruiser in the ocean. Toma Saya and Sebumi Takeru of the Tokyo Metropolitan Police Department are brought in to solve the case. Edit Translation 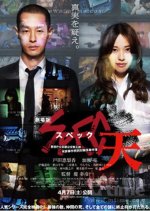 Completed
AdeNike
5 people found this review helpful
Other reviews by this user
0
Nov 2, 2012
Completed 0
Overall 9.0
Story 8.0
Acting/Cast 8.0
Music 7.0
Rewatch Value 7.0
SPEC is an awesome movie, and Erika Toda didn't disappoint me at all, she delivered!!!!

She plays the role of a detective here along with another actor who equally delivered. Since it has a prequel, a little recap was done. Through the recap I got to know that, Erika Toda's character is a spec holder. Question No 1 - Who are specholders?? Specholders are the people with super powers, who are said to have evolved during their life time to realise their spec (power).

Among these specholders, there are some that want to control the world with their specs. The specholders are also divided, there are some doing their own thing, some are working for the government while some have formed their own organisation. A war has now broken out. I skiped a very important detail; right from the beginning there were 3 prophecies, 2 have been fulfilled, but the third hasn't been fulfilled and nobody knows what the third prophesy actually holds.

SPEC is a good supernatural, psychological, comedy (I did say underlying comedy) movie. The powers are awesomely portrayed,there's a 3D effect every time someone uses his/her spec.

Since I haven't watched the prequel, I'm going to get down to that. And there's a sequel (another movie) also.

What I loved most about this movie is exactly the same as what I loved about its prequels: the characters, the comedy, the weirdness, the direction and overall execution. I love Its weirdness it's really something I can only see japanese do well. In the movie they went a bit more extreme in the weirdness but at this point it's something you're familiar with and love so you'll welcome it with open arms.

I liked that we see more of the relationship between Touma and Sebumi. Their affection for each other is transparent between each other as it is for those around them. It's nothing romantic but still strong chemistry.

The endind did leave a lot unsolved. The little girl's role which I'm sure will be explored in the next movies, but also the fate of some characters (I don't want to believe in the worst happening).

Acting was excellent as always. I cannot imagine anyone other than Toda Erika and Kase Ryo playing Touma and Sebumi. Their interaction is so natural and their bickering and fighting is a joy to watch. Kamiki Just enjoys playing Ninomae as much as ever. Fukuda Saki is getting more comedic as Mirei (as she was in the special), Nonomura still seeming to be more as he appears but were not sure what it is yet.

To summarize this movie is still at the middle of the story and I'm finally ready to watch the 2013 movies :D

New Topic
Be the first to create a discussion for SPEC: Heaven 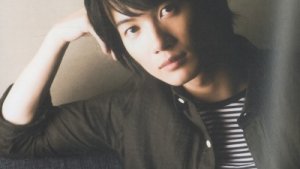 A Stalker's Guide to Kamiki Ryunosuke