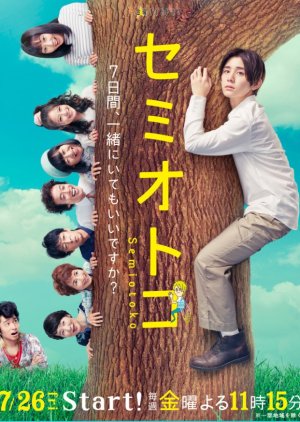 Okawa Yuka is living out the daily motions of life but doesn't understand her reason to keep living. After a confrontation with a co-worker, she decides to end it all but fails when she stops herself from squishing a cicada. That cicada returns the favor by transforming into a man, named semi, for seven days because he thinks it will make her happy. The downside is, he has no idea how to live as a human. Edit Translation 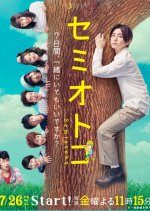 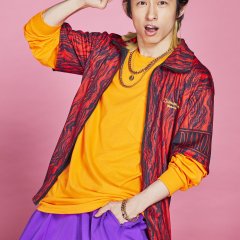 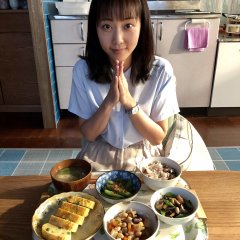 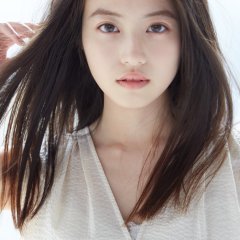 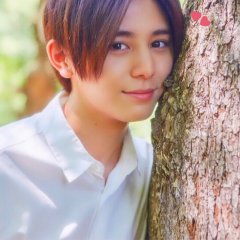 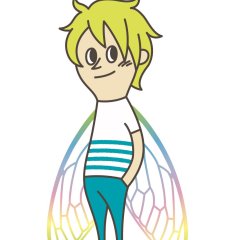 A remedy for depression

When i first heard about the project announcement it sounded so silly and absurd, and to be honest it is kinda hard to take a drama seriously with a cartoon drawing of cicada which turns into a human just because he wanted to make a sad girl happy. Cicadas are insects not fairies or unicorns lol with such magical power, however once you get past the sheer absurdity and lack of explanation for the supernatural phenomenon. This drama is so damn well made.

First of all no one could have justified this role other than Ryosuke yamada, with his childlike vibe, youthful appearence and bright warm eyes and a smile which looks so angelic, i could totally relate when the first response of the landlady sister duo on seeing him was are you a gift from god? When he seemingly y just drops from the sky out of nowhere he is the only one who could have done it.

Honestly this drama is so full of niceness it cured my depression, it is less about romance and more about human beings, their personal tragedies, insecurities and how they keep on living with their loss. Everyone has them, it was some lovely writing and dialogues.

So to sum it up the concept of the drama is silly, but to not take it as a serious drama is doing it a great injustice, the rating doesn't do the drama justice. Please don't dismiss it too easily.