In the year 2141, Japan successfully builds a basic time machine that can send data to the past. However, an evil organization further develops the technology, making it possible to send objects back in time as well. The organization begins a plan to send 5 terrorists back to the year 2012 in order to assassinate the ancestor of an important person from their time. The future government, alerted to this fact, uses its time machine to notify the government of 2012 about the plot, telling them to recruit 5 people in order to seek out the terrorists. Edit Translation 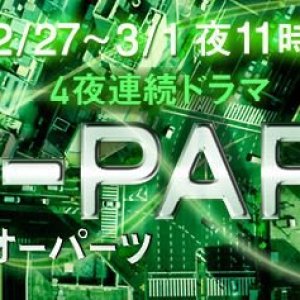 Completed
SuperShark
1 people found this review helpful
Other reviews by this user
0
Jul 22, 2012
4 of 4 episodes seen
Completed 0
Overall 8.0
Story 8.0
Acting/Cast 8.0
Music 6.0
Rewatch Value 4.0
Recently watched this four part mini drama, and I didn't have any high expectations going in. Even so I found it to be very enjoyable.

The story had potential from the start, but sometimes it suffered from being just to hard to believe. It got better as it all went along and more stuff was explained to you. Ultimately, I didn't really love the ending, it was okay, but it seemed a little like they added more drama for the sake of drama.

The cast is the reason I picked it up in the first place, and I'm glad I did since I would have enjoyed it anyways. Kutsuna Shiori was great as the (I guess?) youngest member of the anti-terrorist group and love seeing Ito Ayumi in a bigger supporting role, she was the best! The rest of the cast was decent but I didn't care much for Maruyama Ryuhei as the main character. He was pretty stiff and wooden throughout.

The music was decent, but pretty generic and I don't remember them now after watching it at all.

As for rewatch value, I will most likely give most shows low raring since I'd rather watch something new. Unless it's something I regard as a favorite.

My overall rating is a weak 8/10. Had it not had Ito Ayumi, it would have gotten a strong 7/10 but I'm biased since I think she is awesome. Even though you might think "7 out of 10 doesn't sound to great" I have to say I recommend this. The reason I can't rate it higher is some dodgy effects, stiff acting from the main character and some hard to believe plot points, but the overall spectacale of the story was very entertaining throughout and I enjoyed it regardless of it's flaws.

If you think the plot sounds appealing at all, I recommend watching it.