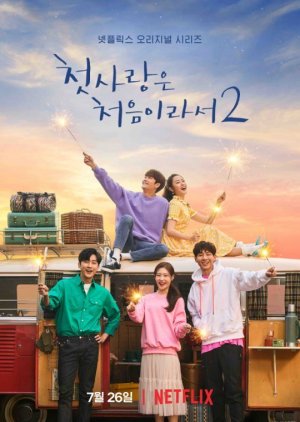 “My First First Love” is a romantic coming-of-age drama about love, friendships, and the dreams of five college students. The second season shows the journey of the main characters who realize what “first love” really is through the flustering and confusing feelings of love, as Han Song Yi struggles to make a choice between her boyfriend, Seo Do Hyun, and her childhood friend, Yoon Tae Oh. Edit Translation 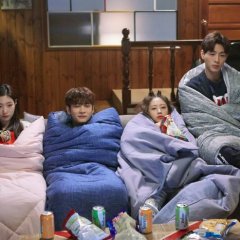 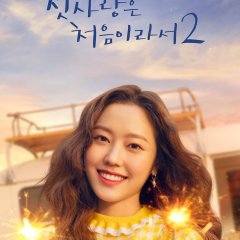 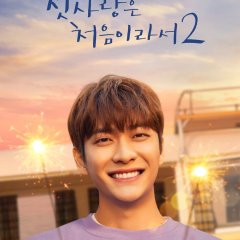 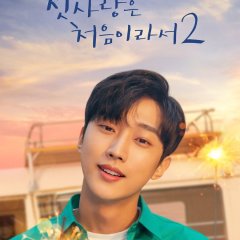 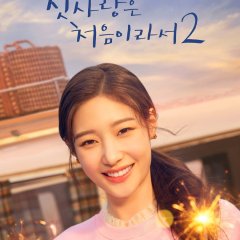 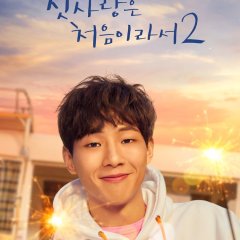 Completed
catherine
14 people found this review helpful
Other reviews by this user
0
Jul 27, 2019
8 of 8 episodes seen
Completed 0
Overall 7.5
Story 7.0
Acting/Cast 7.5
Music 8.0
Rewatch Value 6.5
Just like the first season, the second season continued with a very light-hearted and realistic slice-of-life vibe, but I still have to say that I loved the first season better.

There were a lot of heart-fluttering moments between Song-Yi and both male leads in the first season, which is why I had such a hard time struggling to decide which ship I was rooting for. I felt like the amount of those moments in the second season was really lacking and instead, the story focused more on family struggles and other stuff. While that's fine, I still felt like the balance could've been better, because I still feel like the progression of some relationships was a little choppy and left me a little unsatisfied.

Ga-Rin and Choi-Hun still felt a little like comic relief to me throughout the season, but I will admit that they grew a lot more on me.

There's still some things that I feel like were left unaddressed, like how in high school Tae-O was eavesdropping on Song-Yi but ran away before he heard her say she almost had a crush on him, or how Se-Hyun was using other people to do her work, things like that.

Overall, though, I really appreciate how realistic the show is. The fact that it's more like a coming-of-age story instead of having one conniving antagonist is honestly extremely refreshing, but if I were to rewatch scenes in the future, I'd probably head to Season 1 first.

Completed
esymoon
9 people found this review helpful
Other reviews by this user
0
Jul 27, 2019
8 of 8 episodes seen
Completed 0
Overall 9.0
Story 8.5
Acting/Cast 10
Music 7.5
Rewatch Value 9.5
This season, I feel, had a different vibe from the first season. The first season (first 8 episodes) made this one of my favorite dramas because of how refreshing and light it was. It was extremely rom-com like, while this season involved a lot more angst, drama, and serious scenes, mainly due to Tae-o and Song-i’s family issues.

But there were a lot of good moments in the show, despite its flaws (hence why I gave it a high rating of 9/10). Watching both a jealous Tae-o and a jealous Do-hyun was an absolute delight. I really enjoyed watching Ga-rin and Choi-hun's romance develop, which was surprising considering that I didn't care much for their storyline in the first season.

Also I don’t know how many people care about things like cinematography, but wow this show never fails to impress me with their cinematography. Every single scene is well-thought-out and looks beautiful. As for the acting, I was genuinely impressed with all of the characters’ acting this season. While the first season was decent, I think this season had many more dramatic and crying scenes that the cast was able to showcase their abilities so well. Especially Jin Young and Ji Soo (who plays Do-hyun and Tae-o respectively) because you can see how raw and realistic both of their “angsty” scenes were.

The most underwhelming and disappointing part of this season was the pacing and particularly the ending of the show. I don’t want to spoil anything, but the ending felt somewhat rushed and I felt a lot of the previous 7 episodes was focused on the new storylines they added, when it could’ve been spent exploring Tae-o, Song-i, and Do-hyun’s feelings and thoughts a lot more (especially Song-i’s feelings).
As for the pacing, (this is kind of nit-picky) at the end of some of the episodes I sat there thinking, “Wait they’re bringing up this [insert important storyline event] now when theres only 2 episodes left?!” So it felt rushed, even though I knew those storyline events were important to the plot and added to the romance aspect.

For people concerned about 2nd lead syndrome, yes most likely you will have it, no matter if you are rooting for Tae-o to get the girl or Do-hyun.
If it seems like my rating of 9.0 is pretty high, that’s because I’m also factoring in how well this season did compared to my expectations, which was really high actually. Even though there were obvious concerns with this season, when you look at the drama as a whole, it’s light-hearted, realistic, and extremely enjoyable. It’s a great show to sit and binge-watch and is one of those dramas that lifts your mood up. Personally, it scores very high compared to other dramas I watch because it’s engaging and every scene is vital and not “filler” scenes.