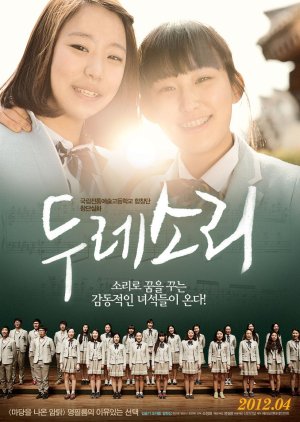 Seul Ki and Ah Reum are in their final year at Korea’s much-revered National High School of the Traditional Arts, and like other teenagers their age, they are stressing over the upcoming college entrance exam. During their final summer, they are forced to join the school choir in order to fill a remaining requirement. Their instructor, Professor Ham, uses an unorthodox approach, blending the principles of classical Western music with traditional Korean songs. Well-versed in Korea’s traditional arts, they are reluctant to accept Ham’s hybrid style. They refuse to understand chords and progressions, and don’t see the point of singing in chorus. However, with time, Ham begins to open their minds to the potential of new musical forms... just as the school decides to cancel the class’s annual summer concert. (Source: KoBiz) ~~ Based on a true story, Du Re Sori Story is shot in documentary style, with non-professional actors. Edit Translation 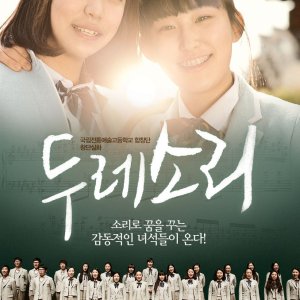 New Topic
Be the first to create a discussion for Duresori: The Voice of East