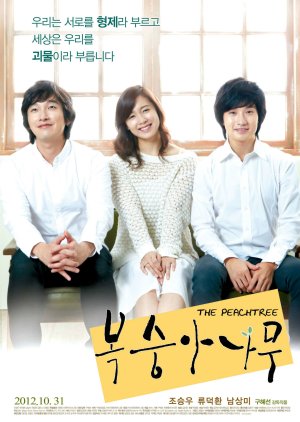 "Peach Tree" tells the story of Siamese twins who fall in love with the same woman. It's based on the book by actress Ku Hye-Sun and directed by herself. Edit Translation 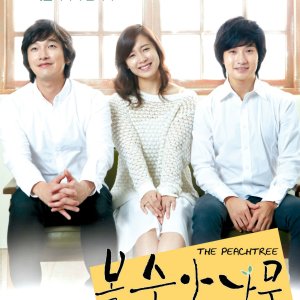 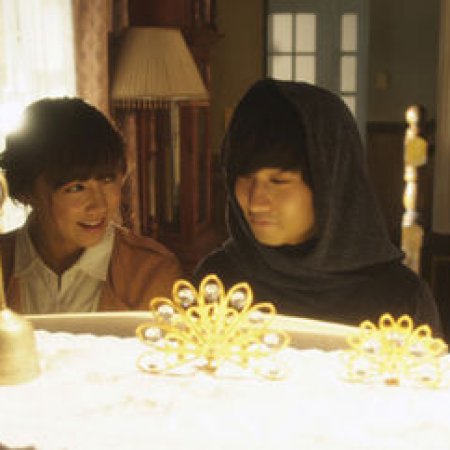 Completed
apxril
9 people found this review helpful
Other reviews by this user
0
Mar 15, 2014
Completed 0
Overall 10
Story 10
Acting/Cast 10
Music 9.0
Rewatch Value 8.0
I really really really liked this movie. I thought this was a typical romantic movie.. I was really surprised because there was something in here that I didn't expect. It touched my heart. It aches. The moment I started crying, I could not stop. I think It's a masterpiece. Definitely one of the best movies. Goo Hyesun really did a good job on this movie. The filmography, the acting, the script, the music, everything was impressive. I recommend this to everyone. Watch it!
Was this review helpful to you?

Completed
SilverCloud
8 people found this review helpful
Other reviews by this user
2
Jun 10, 2015
Completed 2
Overall 10
Story 10
Acting/Cast 10
Music 9.5
Rewatch Value 10
I’m really impressed with Ku Hye Sun. This movie is based on a novel she wrote, and she also directed the film, as well as did a music track for it, and I have to say, I am completely in awe of this film. It is so poignant and beautiful, it mixes darkness with fantasy, sadness with warmth, drifts along in such an absorbing way, and really touches on the emotions.

The film centres around conjoined twins, Dong Hyun and Sang Hyun, whose two heads share one body, and both fall in love with the same woman.

From the moment they are born they are automatically regarded as a monster, even by their own mother, and are hidden away from society. Even though their father tries his best to give them a happy upbringing, it cannot stop the sadness of them not being able to live a normal life. Dong Hyun in particular, who has control over his/their body, has a lot more curiosity of the outside world and is depressed by his situation, and really wants to be a writer. However as he cannot leave the house, his father goes out for him to try to find someone to help publish his work. That is when he meets aspiring illustrator Park Seung Ah, who agrees to come back to the house and meet Dong Hyun, to provide illustrations for his book and to help find a company to publish it.


This is very much a character-driven movie that as Ku Hye Sun mentions “explores the duality of human nature through the twins”, as they have such different personalities, and quite literally different perspectives, and “as their attached heads always face the opposite direction, when Dong Hyun looks at the ground, Sang Hyun has no choice but to look at the sky”.

I also thought the film particularly explores the issue of being an outcast to society and having to hide a part of the self in order to be accepted by others. It also explores issues such as accepting circumstances that cannot be or are difficult to change, the difficulties when making such changes, and finding a certain identity of one’s own. Furthermore it shows the beauty of a parent’s love in trying to help their children as best they can in tragic circumstances, whilst trying to protect them against harm as much as possible.


Cinematography, the setting, and the start of the film:

Generally the film comes across as a gothic fairytale, kind of similar in certain ways to the movie “Edward Scissorhands” which also was centred around an outcast character regarded as a monster in society, who falls in love with a normal girl.

In “The Peach Tree” from the start the audience is introduced to what appears to be a fairytale story being told by the female protagonist, Park Seung Ah, to a young boy. Seung Ah’s voice is sweet and gentle as she begins the story, and a gorgeously moving piece of music plays in the background.
The essence of childhood innocence and wonder at the world, the little boy, is dressed in bright sunny yellow and sits wide-eyed in anticipation over the story she tells. In a way though, just like the dark theme and fantasy aspects, his expression is somewhat bizarre and unreal, a representation of the film to come.

The fairytale aspects continue as a scene depicting the peach tree of the story and film title, is shown situated on top of a hill. The colours are saturated and bright, which gives it a rather childlike, storybook appearance, and a 3d cartoon petal floats up into the air and drifts along.
A seemingly sweet and gentle love story of a young couple with expectations of starting a family, is shown amongst lovely calm and sunny days, and their expectations of the baby’s appearance is likened to that of a peach.
However the atmosphere quickly changes as it turns to night, and amongst a crashing thunderstorm and pouring rain, representative of the turmoil that takes place and somewhat stereotypical of what would be expected from a horror film, the dark and tragic story of the twins’ early years is introduced.

Horror movie aspects are often used throughout the film, as for example, when the twins’ father brings back Seung Ah to their family home, she rather trustingly gets into a car of a total stranger who comes across as rather strange, and she is unknowing of whether he is sincere in what he says. He then brings her to an old, dark house in the middle of the countryside, where he takes her to his wife’s old room, where the window in the corridor is boarded-up, the lighting is dark with a mix of sepia and a reddish tint, and she is told to sleep there until she meets Dong Hyun the next morning.
It really is all very like the setup of a horror/thriller movie, as it is almost expected that she’s in a house of a murderer perhaps, or the house is haunted, or there’s a monster. Whilst this is not the case in this film, it does provide an appropriate representation of how the twins have been regarded as a monster to others out in society.

The sepia tint is also used a lot throughout the film, particularly in scenes within the twins’ house. This especially brings connotations of a nostalgic warmth, and is representational of their safe place, yet at the same time, the darkness of it reflects the place as almost like a prison to the brothers, as they are not allowed to leave for fear of outer society’s reactions to them.

I discovered this film through searching for other TV and Movies with the lovely Ryu Deok Hwan. I really liked his performance as the quirky genius Dr Han Jin Woo in “God’s Quiz”, and also in the series “Faith”, and was impressed with his acting ability, being able to pull off well and naturally all sorts of roles and situations. In this film he also did really well in the role, as he convincingly came across as the curious, yet somewhat selfish twin, Dong Hyun, who was angry and depressed at his situation and wanted to change it. I really felt sympathy for his character throughout the film, and wanted him to find happiness, and although it wasn’t nice that he blamed his brother, it was understandable, as he would have lived an ordinary life otherwise.

Although a smaller role, Jo Seung Woo came across well as the more childlike, yet more mature, positive, and selfless twin, Sang Hyun. Such a poignant character, he was in an even more unfortunate situation that he had no control over, and so it was especially admirable that he cared such a lot for his brother, so much so that he would sacrifice many hours a time staying quiet and hidden amongst a dark hood, to let his brother experience some normality and friendship. Sang Hyun was also the more reflective of the twins, and just like their physical situation, where Dong Hyun had the control over their body, Dong Hyun was the writer, yet Sang Hyun throughout the film was the storyteller.

The other actors were great in their roles as well, such as Nam Sang Mi as the rather innocent and naive Seung Ah, and also Choi Il Hwa as the twins’ father, who just like the style of the film, he came across as a bit strange at times, yet had such a warmth and love of a parent who cared for his sons, although perhaps more so for Dong Hyun.

There were some nice pieces of music played throughout the movie, but I particularly liked the main piano piece which was so gorgeous and emotionally moving during each scene it was played, and added perfectly to the film.

Definite 10 score, I rewatched it only a few weeks after the first time, and it was as enjoyable if perhaps more so than the first, and has become my current favourite Korean film.

Simply amazing, the film is so beautiful, dark, sad, creatively filmed, and emotionally moving, I really cannot fault it in any way, and I’d definitely recommend this to others. 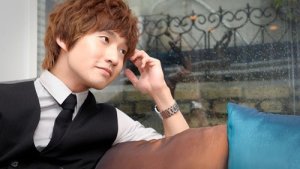