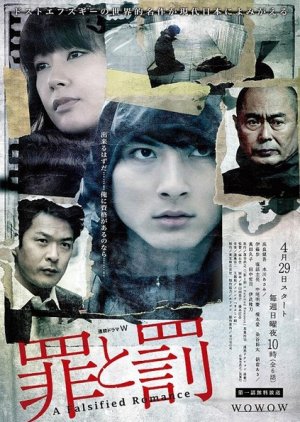 Tsumi to Batsu tells the story of Tachi Miroku, an aspiring writer who has become a college dropout and hikikomori (shut-in). He lost his father to suicide, while his mother and older sister have high expectations for his future. Whereas the classic Russian novel revolves around a young man who struggles with himself after killing a pawnbroker, Tsumi to Batsu's protagonist plans to murder a heartless high school girl named Baba Hikaru, who leads an enjo-kousai (compensated dating) group. ~~ Based on the manga by Ochiai Naoyuki (inspired by Dostoyevsky's Crime and Punishment). Edit Translation 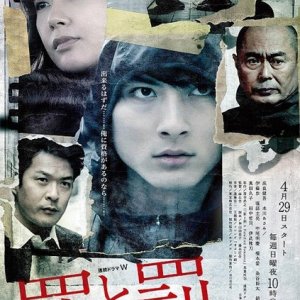 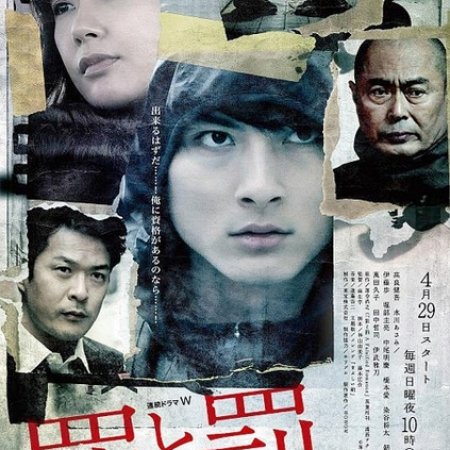 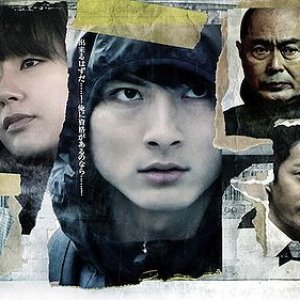 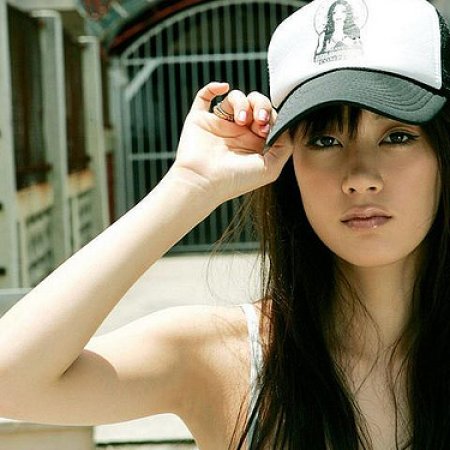 Completed
yuurei
7 people found this review helpful
Other reviews by this user
0
Nov 22, 2013
6 of 6 episodes seen
Completed 0
Overall 9.0
Story 10
Acting/Cast 10
Music 8.0
Rewatch Value 8.0
It actually boggles my mind that 'psychological' isn't one of the listed genres for this drama, because for me it hit that above any other genre. I want to say right off the bat that this is by no means an easy drama to watch. It's quite heavy, it's not always fast paced, and there are quite a few long-winded speeches (especially by the end). However, this drama really does a fantastic job of evaluating the mind of a character, and watching him as he interacts with the world and begins to change.

I saw a lot of people from various places trying to compare this to Death Note, and it is my opinion that if you do that, you will only be disappointed. This isn't a story about some murderer going on a killing spree, it's far more complex than that. That being said, it is quite an amazing story, drawing beautiful parallels between Miroku and his own fictional novel.

The acting from Kora Kengo was top notch. Even if he hadn't been the main character he would have stolen the show. He portrays Miroku's character with such raw emotion that at times I found myself leaning in to my screen, he absolutely absorbs you into the story. Whenever you feel like its gotten slow, Kengo is able to keep you hooked with Miroku. The supporting cast did a fantastic job as well. At some point, you will likely find yourself despising at least one of the characters, and to me, that is the mark of a well developed character.

The music served its purpose, certainly. It always had me getting into the mood of whatever was on screen, though I honestly can't say I paid attention to it the entire time--I was far too absorbed in the story to notice it on some occasions. But this is also not a bad thing.

I don't know how soon I can rewatch this, since it is a really heavy drama and it requires patience and a certain kind of mood, however I liked it so much that I don't doubt I will one day come back to it. That aside, it's only six episodes long. The length per episode makes up for it though, and for once, I found the low episode count to be satisfying. It gives you plenty of time to understand the story, the characters, and everything is tied up successfully. I never felt like it was going by too quickly.

Overall, this was a very interesting drama. It's mostly a character study in my opinion, so you should expect some heavy psychological themes and topics. It's quite dark, lacking in humor and it's definitely not romantic, so if that's right up your alley then I would highly recommend this drama.

Completed
mecchaumai
5 people found this review helpful
Other reviews by this user
0
Jun 4, 2014
6 of 6 episodes seen
Completed 0
Overall 6.0
Story 5.0
Acting/Cast 8.0
Music 9.0
Rewatch Value 3.0
When I started out watching this drama I actually really liked it. The story was gripping, most of the acting was good and it was from the perspective of the criminal which is the type I enjoy most (as I find the psychology behind it really interesting).

However, that being said, after the first two episodes I think the story became a little bit lacking. This drama became way too long and could have been completed in about 4 episodes with the same amount of substance and effect. It seemed to me that most of the scenes had become 'fillers' rather than taking the story further. This is the reason I've given it such a low score (whereas up to the end of the second episode I would have given it a strong 7).

That being said, the main storyline is interesting for fans of the psychological genre. If not for the main character, for the character 'Baba Hikaru'. I think that the story could have benefited from delving even more into the psychology of her actions.

I think that the music was the best part of this drama. A lot of dramas often over or underuse suspenseful music, whereas this drama seemed to me to have just the right amount.

It won't be a drama that I rewatch anytime soon but it's okay for those people that don't watch many dramas of this genre.

New Topic
Be the first to create a discussion for Tsumi to Batsu: A Falsified Romance