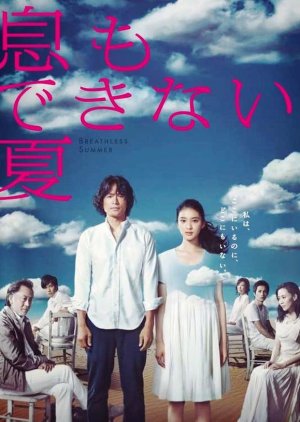 Completed
mysecretsoul
7 people found this review helpful
Other reviews by this user
0
Feb 28, 2014
11 of 11 episodes seen
Completed 0
Overall 8.0
Story 8.0
Acting/Cast 8.0
Music 8.0
Rewatch Value 7.0
Iki mo Dekinai Natsu (Breathless Summer) brings forward the controversial laws regarding the koseki (family registry) system. Japan requires all members of a household to be entered into the register at birth or upon marriage; this record serves many purposes, acting as a birth certificate, marriage license, and proof of citizenship. So what might happen should one not have a koseki? That person effectively would not exist in the eyes of the government. Applying for basic things, including full-time work, insurance, passports, housing, marriage, or even a certificate of death—all these become impossible.

Like similar Japanese dramas tend to do, Iki mo Dekinai Natsu moonlights as an educator on relevant social issues. Thus, as viewers, we learn about the presented material (here the koseki system), the hardships associated with it, and how people correct or learn to accept their situation. Though this formula might become obvious over time, because each theme is different, such shows often remain entertaining. Does that apply to this show too? You bet.

The subject matter alone elevates interest. As we follow Tanizaki Rei through her “breathless summer,” we witness what she and others suffer and might still…because they’re invisible legally. It’s twice as stunning to consider, as these things actually do happen (if rarely). My only suggestion would be to avoid synopses of Iki mo Dekinai Natsu which include a passage on passionate or forbidden romance; you will be sorely disappointed. This is primarily a human drama, and while romantic subtext exists, it’s so subtle as to fall between the lines.

While Takei Emi has an inherent likability, I find it hard to measure this particular performance. Some of her scenes fell flat or felt wrong, while others worked perfectly. Either way, because I could empathize with Rei-chan, some unevenness isn’t so bad.

Allow me one moment of superficiality. Eguchi Yosuke might be at his prettiest in this drama, sporting wavy locks and an infectious smile. The character might be a little on the simple side, but as always, talent will tell. Even if chemistry between the two (Eguchi and Takei) seemed a bit sparse, their interactions could be rather fun too. An honorable mention goes to Kaname Jun, whose despicable yet difficult Ayukawa Hiroki ended up much more nuanced than expected. It can be tough to tread such thin lines as an actor, but Kaname-san held it together well.

The Japanese tend to produce some of the best incidental music around.
Though that remains true here, they've made a point to include some western tracks too. Adele vocals are strewn throughout (“Set Fire to the Rain,” “Somebody Like You”). Despite the lyrics not fully mixing with certain scenes, these have an atmosphere and tone which strikes true. Bump of Chicken offers “firefly” as an added theme, a pleasant little number to close out each episode nicely indeed.

One (silly) word of warning: one may come away from this drama craving or resenting apple pie. It all depends on the person.

Completed
KdramaQueen89
4 people found this review helpful
Other reviews by this user
0
Sep 23, 2012
11 of 11 episodes seen
Completed 0
Overall 7.0
Story 8.0
Acting/Cast 8.0
Music 8.0
Rewatch Value 5.0
I was intrigued by the synopsis and decided I hadn’t seen a good J romance drama in a while…

Story: So the synopsis is way misleading. Each week I waited for the forbidden romance to develop and there was none! The story is really about a young female who finds out there is a secret surrounding her birth and we get to see how she deals with it and how it affects her family. As a family drama it was good but I was just disappointed because this was not the story I was looking for. The ending was kind of blah.

Acting: The female lead actress did an excellent job. She made Rei feel real. As for the male lead, he was okay but I thought his character really didn’t contribute anything to story and I would have been okay if his character was cut out. In fact, Nakamura Aoi probably should have been billed as the male lead because he had a more intresting storyline and he had chemistry with the female lead. I liked the actors who played Rei’s family. Kaname Jun who i have seen in a lot of dramas did a super job playing the antagonist in this. I felt really sorry for his character in the end...

Music: Adele's radio hits. While good, im sick of hearing them since they play it on the radio all the tme.

Rewatch: Im not interested in watching this kind of story again.

Overall Iki mo Dekinai Natsu is a solid family drama if thats what your looking for but nothing thats too memorable.