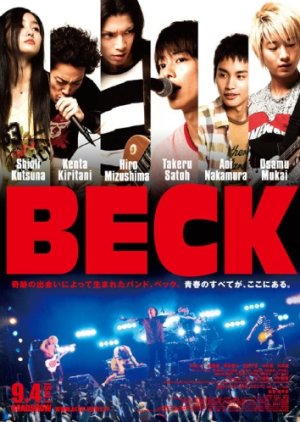 Maho Minami returns to Japan after studying in New York. Her half brother Ryusuke Minami is an ultra talented guitarist. Maho & Ryosuke then meet Koyuki, a fellow young teen whom Maho takes interest in. Soon enough, Ryosuke and Koyuki form a 5 piece rock band named "Beck," while Maho and Koyuki become involved in a romantic relationship. The band starts to play live shows and grow an enthusiastic following. The release of their debut CD helps to further the band's popularity. People start to notice Koyuki. The band then endures a producer's planned conspiracy and other hardships. Beck then receives an offer to play at a rock festival, but with the unusual stipulation that the band may have to dissolve. Edit Translation 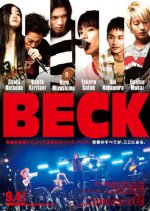 Simply because it's a musical film since I like musicals and rock was my favorite music genre at some point therefore I watched this film.

I haven't seen the anime so I didn't know the story beforehand.
Generally, it was pretty good and most of all interesting.

*Rock bands and guitar love; those facts were appealing enough.
*The relationships in the film were captivating since they enrolled too many great feelings.
*Compititions and races to prove oneself ability and passion for music (rock music to be more specific) was a great theme to follow.
*The story's development was smooth: not too fastforward and not too slow.
*Considering the fact that this was a musical film, the music rocked, even those who don't like rock would enjoy it while people who are into rock would love the guitar playing.

*There weren't a lot of concentration on the love story, it was verylight (I like light love stories but this one was ridiculously light).
*Other than that, everything was set up in an acceptable way.

*Mizushima Hiro: I liked his character and the way he played guitar plus the acting was really convincing.
*Satoh Takeru: I'm not too familiar with this actor but I believe that he did a pretty good job especially when it comes to passion for music.
*The cast was nicely chosen and the acting was good.
*I loved the relationships between the cast specially Beck band's members; it was cool to watch them play, fight, laugh and everything else they've done because every scnene they had together was a simple masterpiece.

I was really waiting for the ending because there was a specific scene that I wanted to know but unfortunatly they kept me in the dark about something I really wanted to hear at the end of the film but that doesn't mean it was a bad ending; it was a cool normal musical film's ending.

5)My impression (How did it affect me):

*It made my night and it was fun to watch.
*Since it's a rock musical film, I knew that I would like it and that's exatly what happened.
*Even though it was a little long, I don't believe I got bored at the middle or so, it was smooth to watch.
*I enjoyed the music since it gave me back some old rock memories that I thought I lost.

*If you like musicals then you really need to watch this (especially if you're Rock music lover).
*If you're looking for romance then don't expect much from this.
*If You're not J-rock or any type of Rock lover then you wouldn't appreciate this.

Completed
Melwill28
6 people found this review helpful
Other reviews by this user
0
Jul 22, 2012
Completed 0
Overall 10
Story 10
Acting/Cast 8.0
Music 10
Rewatch Value 10
I watched this b/c my sister suggested it. If I had found it 1st I would have told her to watch it. This was such a touching story of how music can connect ppl. I rly wish they would have actually gave us a voice to listen to that came from Koyuki. The fact that every1 was stunned by his voice made me want to hear it, but that does not take away from the story. I rly enjoyed the blend of music & that they didn't just spotlight 1 genre. I will 4-sure watch this movie again, but it not only left me w/ good feelings but I love the actors. I loved that Hiro is all about the fluent English. I wonder if they all rly can play their instruments. Despite that pondering of mine, I was excited to watch something that focused on music that the ppl actually played. I love bands that show their talent. It makes u feel special just being around them.

New Topic
Be the first to create a discussion for Beck 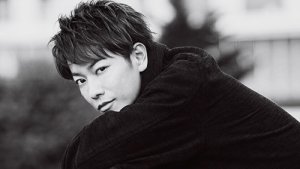